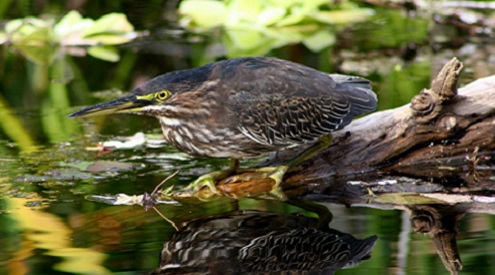 Safe clean drinking water could be threatened for millions

Columbus, OHIO – A coalition of environmental groups from states along the Ohio River is calling for a multi-state commission to resist weakening clean water protections along the 900-mile long river. The decision to scuttle 60-year-old protections would impact millions of people in the states bordering the river and states that have agreed to sustainably manage the river—Illinois, Indiana, Kentucky, New York, Ohio, Pennsylvania, Virginia, and West Virginia.

A majority of commissioners appointed to the Ohio River Valley Sanitation Commission, known as ORSANCO, is proposing revisions to its core mission that would eliminate key Pollution Control Standards and withdraw ORSANCO from the responsibility of ensuring consistent water quality throughout the Ohio River. ORSANCO was created as an interstate water pollution control agency in part to ensure pollution dumped into the Ohio River in one state doesn’t have a negative effect on the waters of another state.

"Sixty years ago, states bordering the Ohio River had the vision to work together to put in place clean water protections that allowed the Ohio River to successfully support industry and commerce, as well as provide clean drinking water for people and a home for fish and wildlife," said Gail Hesse, Great Lakes Water Director for the National Wildlife Federation. "This foundation of cooperation for a sustainable river has served the region well, and to scuttle it now would be irresponsible."

“ORSANCO commissioners walking away from their crucial oversight role will set the stage for a ‘race to the bottom’ in controlling pollution in the Ohio River,” said Madeline Fleisher, Senior Attorney at the Environmental Law & Policy Center, one of the groups that submitted comments. “We can’t afford to lose the one watchdog in charge of making sure the entire Ohio River is safe and clean for more than four million people who rely on it for their drinking water.”

"Every person deserves to turn on their tap and know their drinking water is safe," said Kristy Meyer, Vice President of Policy at the Ohio Environmental Council. "The Ohio River is critical to the local economy and the quality of life in the region which is why ORSANCO should be strengthening its water quality standards, rather than rolling back protections."

"The idea of ORSANCO abandoning their oversight of uniform pollution control standards flies in the face of why the Commission was established in the first place,” said Angie Rosser, Executive Director of the West Virginia Rivers Coalition. “This move would undermine the ability of the Ohio to recover as a healthy river system."

"The Ohio River is a critical natural resource with communities investing and generating millions of dollars in riverfront development and recreation," said Jason Flickner, the Lower Ohio River Waterkeeper Director and Hoosier Chapter Sierra Club board member. "Now is not the time for ORSANCO to relinquish its important work setting pollution limits."

"We still believe it is a very good idea for ORSANCO to ensure pollution dumped into the Ohio River doesn't have a negative impact on waters of other states - especially in light of spills from recent times - like the MCHM spill in 2014,” said Robin Blakeman, Project Coordinator of the Ohio Valley Environmental Coalition. “Such petrochemical product spills are likely to be more, not less common in the future, especially if the massive Appalachian Petrochemical Storage Hub project becomes reality very close to the Ohio River.”