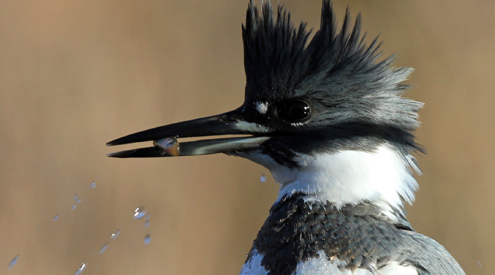 Ann Arbor, MI — The National Wildlife Federation and its state affiliates in Illinois, Indiana, Kentucky, Ohio, Pennsylvania, Virginia, and West Virginia are urging governors in those states to reject attempts to weaken a 60-year-old compact created to limit pollution in the Ohio River. On June 7, an eight-state regional body charged with protecting the Ohio River and its communities from pollution will vote on whether they will continue to collaborate on clean water goals, or whether they will disband the compact.

Conservation groups have strongly opposed states going their own way, which is widely seen as an excuse by many of the states to weaken clean water protections—a scenario which could lead to a so-called race to the bottom.

“There is a need for leadership and cooperation by the Commission and its member states to honor the pledges made by each state for the oversight of pollution abatement and health of the entire Ohio River,” the groups wrote. “The Commission Compact compels the member states to act on behalf of a water body beyond its jurisdictional waters, a unique role that demands actions beyond parochial interests.”

The eight-state regional body, the Ohio River Valley Sanitation Commission (ORSANCO), is proposing revisions to its core mission that would eliminate key pollution control standards and withdraw the body from the responsibility of ensuring consistent water quality throughout the Ohio River. ORSANCO was created as an interstate water pollution control agency in part to ensure pollution dumped into the Ohio River in one state doesn’t have a negative effect on the waters of another state.

In anticipation of the vote, to take place at the governing body’s June 7 meeting in Louisville, Ky., the groups issued the following statement:

"Sixty years ago, states bordering the Ohio River had the vision to work together to put in place clean water protections that allowed the Ohio River to successfully support industry and commerce, as well as provide clean drinking water for people and a home for fish and wildlife. This foundation of cooperation for a sustainable river has served the region well, and to scuttle it now would be irresponsible. A healthy environment and healthy economy go hand in hand. We need the governors to stand firm and support strong clean water protections that benefit the Ohio River and the many communities which rely on it for their drinking water, health, jobs, and way of life.”