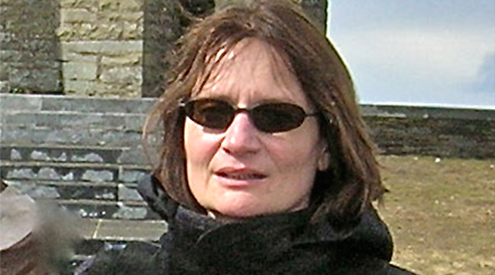 O’Mara made the announcement June 9 during the organization’s annual meeting and 82nd anniversary celebration in Chantilly, Va. “The public lands in our nation are better off due to the work of Kate Zimmerman, and she has left her legacy on the landscape for all who benefit from and enjoy our public lands,” said Brian Kurzel, executive director of NWF’s Rocky Mountain Regional Center. “This award and fellowship are another way to assure that Kate’s legacy is passed on to other public lands champions, current and future.”

Zimmerman, 63, a longtime Boulder resident, worked for the National Wildlife Federation for 20 years, first as a public lands attorney in the Washington office and then as the organization’s public lands policy director, based in NWF’s Rocky Mountain Regional Center. A native of Kent, Ohio, she earned a bachelor’s degree from the University of Chicago and a master’s in forestry and a law degree, both from Yale University.

At the National Wildlife Federation, the Boulder-based Land and Water Fund of the Rockies, now Western Resource Advocates, and in private practice, Zimmerman worked on many significant conservation issues: energy development on public lands, conserving greater sage grouse across the West, protecting Colorado’s Roan Plateau and pursuing safeguards for fish and wildlife on Bureau of Land Management and U.S. Forest Service lands.

Anyone interested in honoring Zimmerman’s memory can contribute at NWF.org/ZimmermanFellow.