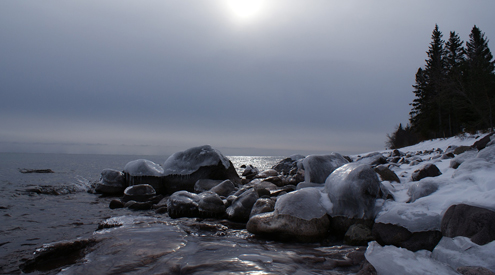 The Environmental Law & Policy Center and the National Wildlife Federation filed a lawsuit today in the U.S. District Court for the Eastern District of Michigan asking the Court to declare that the Coast Guard violated the Oil Pollution Act of 1990 (OPA 90) when it approved the NMACP, thereby invalidating the portions which apply to oil pipelines in the Great Lakes. As a result, any individual Facility Response Plan for an oil pipeline operating in the open waters of the Great Lakes, such as the Enbridge Line 5 oil pipeline in the Straits of Mackinac, would likewise be invalid. The U.S. Coast Guard in June 2017 approved the NMACP, purportedly certifying that the plan was in substantial compliance with all of its requirements, including the Oil Pollution Act of 1990.

“The U.S. Coast Guard admitted that it’s not fully ready and fully able to protect the Great Lakes from a major oil spill as required for a response plan under the Oil Pollution Act of 1990,” said Howard Learner, Executive Director and attorney for the Environmental Law & Policy Center. “The Great Lakes are where we live, work and play, and supply safe clean drinking water for 42 million people. If the U.S. Coast Guard is unable to fulfill its emergency response duties, then our Great Lakes waters are even more at risk from a potential Enbridge Line 5 oil pipeline spill.”

In 2014, Enbridge discovered dozens of damaged areas on the 4.5-mile segment of Line 5 that runs underneath the Straits of Mackinac. Environmental advocacy groups have been calling for Enbridge to shut down Line 5 before a major break potentially sends oil flowing into Lake Michigan and Lake Huron. Earlier this year, an anchor strike dented portions of the pipeline and Enbridge was forced to reduce the pressure in Line 5 by 40% as a critical precautionary step.

“The Coast Guard’s admission that it cannot adequately address an oil spill in the Great Lakes puts our most important natural resource at risk” said Margrethe Kearney, Senior Attorney of the Environmental Law & Policy Center. “The Coast Guard’s failure to ensure that there is a plan in place to respond to a worst-case oil spill threatens our access to a clean drinking water supply, our irreplaceable Great Lakes and unique wildlife habitats, and the strength of our Pure Michigan economy.”

“Until we decommission this aging, risky pipeline, we need the best-possible spill response plan to protect our Great Lakes, our communities, our wildlife, and our economy,” said Oday Salim, staff attorney for the National Wildlife Federation Great Lakes Regional Center. “A worst-case oil spill from Line 5, even according to an Enbridge-funded study, could impact over 400 miles of shoreline and 60,000 acres of unique wildlife habitat as well as cause billions in economic losses and the irrevocable loss of wildlife and cultural resources.”