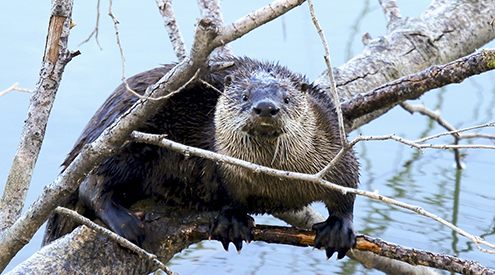 There is widespread, bipartisan support for action in addressing Louisiana's coastal land loss crisis, according to a new poll released today by BDPC, LLC + Pinsonat and Restore the Mississippi River Delta. Of note, 79 percent of coastal voters said they support sediment diversions, large-scale engineering projects that would be strategically operated to direct sediment and fresh water from the Mississippi River into nearby wetlands, building and maintaining thousands of acres of land over time. Only 5 percent of those voters oppose. Additionally, an overwhelming 97 percent of Louisiana coastal voters say that the state should still work to maintain as much coastal land as possible even if the coast cannot be restored to its previous footprint.

While most coastal voters (79 percent) support sediment diversions, that number increases to 92 percent when voters are asked if they would support sediment diversions knowing these projects would create a wetland buffer, protecting homes from storm surge and hurricanes. Louisiana’s Coastal Protection and Restoration Authority (CPRA) is currently advancing the Mid-Barataria and Mid-Breton sediment diversions, two cornerstone Coastal Master Plan projects on either side of the river in Plaquemines Parish. Without action, Barataria Basin alone could lose 500 square miles of land over the next 50 years.

“We face many future challenges, but people realize that using the power and sediment of the Mississippi River through diversions is essential to securing a future for our region. Working alongside other projects throughout the coast, we can rebuild and sustain a functioning and protective landscape here,” said Steve Cochran, campaign director for Restore the Mississippi River Delta.

The poll also identifies extensive support for investing in coastal restoration, protecting funds committed to restoration and allocating additional resources to address the state’s land loss problem. Of note, 91 percent of respondents indicated that they want state government to ensure current dedicated funds are spent on coastal restoration and protection, and a majority of Louisiana coastal voters (77 percent) think not enough money is being spent on coastal protection efforts.

“This poll confirms that the people of Louisiana recognize the urgency of our coastal crisis and acknowledge what needs to be done to protect our coast. Coastal residents realize that this issue will directly impact them in the near future, which is why the majority of the state believes coastal restoration must be implemented – even if that means securing additional funding,” continued Cochran.

While 49 percent of the respondents think that coastal land loss will affect them within the year, 77 percent think they will be affected within 10 years. The poll found that voters also strongly support the Coastal Master Plan and the commitment of funds to implement key projects.

The poll was conducted by BDPC, LLC + Pinsonat for the National Audubon Society on behalf of Restore the Mississippi River Delta to determine the familiarity, interest and support for major issues facing coastal Louisiana. According to Bernie Pinsonat, political consultant at BDPC LLC + Pinsonat, “The results of this particular poll were unique because we usually don’t see such an overwhelming, bipartisan majority of support for action. Unlike many other issues, Louisianians are in broad agreement about doing whatever it takes to save our coast and protect our future.”

Interviews for this poll were completed by trained live operators over the phone with 809 likely Louisiana coastal voters from August 29 through September 5, 2018. Results were analyzed to ensure consistency in responses. The overall sample error for the statewide statistics is not greater than plus or minus 3.0 percentage points at the 95 percent level of confidence.