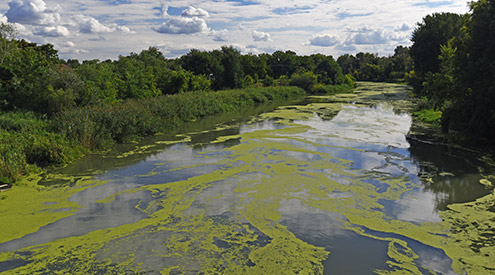 Washington, D.C. — The National Wildlife Federation is launching a new interactive story map today showing where hurricanes, algal outbreaks, wildfires, droughts, and floods have hit in recent years across the United States, detailing how they’ve harmed local economies and wildlife. Unnatural Disasters: Climate Change and the Mounting Threats to People and Wildlife also explains how scientists now have the tools to attribute certain worsening natural disasters to climate change, which is making them more frequent and damaging than ever before.

In 2017 alone, disasters like Hurricanes Harvey and Maria and wildfires in the West led to more than 3,000 fatalities and caused $306 billion in cumulative costs — a new record.

“The threat of climate change-fueled natural disasters cannot be contained to any one region or state — and it’s a problem we all need to urgently address together. The latest science is shouting a warning to all of us: we may only have a decade to prevent irreversible damage to the global climate and the people and wildlife living on Earth. There’s no better time to roll up our sleeves and get to work than right now,” said Shannon Heyck-Williams, senior manager for climate and energy at the National Wildlife Federation. “We need lawmakers and other leaders in the public and private sectors to support cuts in industrial carbon pollution, investments in renewable energy and transit, and expanded adaptation and resilience plans to reduce risks from climate impacts.”

“Our report and the National Wildlife Federation map show that the world has already warmed, with significant impacts on ecosystems," said Univerity of Arizona Regent's Professor Diana Liverman, a lead author of the IPCC's new report. "If we do not reduce greenhouse gas emissions and protect the biosphere as a carbon sink we could lose habitat for many key species.”

Among the disasters fueled by climate change highlighted in Unnatural Disasters:

Here you can read the National Wildlife Federation’s climate change policy recommendations for adaptation and mitigation.