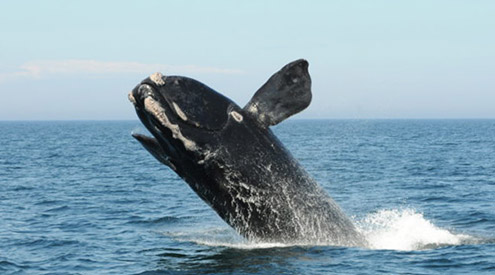 TRENTON, NJ - New Jersey Audubon, National Wildlife Federation, and other New Jersey environmental groups are applauding today’s announcement by the Board of Public Utilities (BPU) to deny the application for the Nautilus Offshore Wind Project, formerly known as the Fishermen’s Energy Atlantic City Windfarm. New Jersey Audubon and National Wildlife Federation support the responsible development of offshore wind power, but intervened to block this proposal for offshore wind turbines in NJ’s coastal waters because the project did not meet the economic and environmental net benefits standard required by NJ law.

New Jersey has set a bold goal to bring 3,500 MW of offshore wind power online by 2030, the most ambitious in the country and a vital step in the fight against climate change – one of the greatest threats to New Jersey’s people and wildlife. Just after taking office, Governor Murphy outlined his vision for achieving this nation-leading offshore wind goal through an Executive Order which directed BPU and other state agencies to develop an Offshore Wind Strategic Plan for New Jersey that prioritizes appropriate siting of offshore wind projects and ensures natural resources are protected throughout the development process, as required by the state’s Offshore Wind and Economic Development Act.

“The Administration has been working steadily over the past year to set up a program which will deliver on the bold promise of wind while ensuring proper protections of natural resources including wildlife through responsible siting and development,” said Kelly Mooij, Vice President of Government Relations for New Jersey Audubon “The denial today underscores the thoughtful approach of the Murphy Administration to ensure a solid foundation for the burgeoning wind industry and will allow us to more swiftly reach full scale development.”

The Nautilus Project, if built, would have been located 2.8 miles off the coast of Atlantic City and directly in the globally significant bird migration highway along the eastern seaboard. New Jersey’s Waterfront Development rules limit the size of turbines that may be constructed in state waters in order to minimize the environmental impacts of wind energy development in this sensitive location. The turbines for this project would have well exceeded those limits, placing hundreds of thousands of birds – including threatened and endangered species – at significant potential risk.

“We applaud the Murphy Administration for its commitment to advancing only responsibly developed offshore wind power for New Jersey,” said Catherine Bowes, Offshore Wind Program Director for the National Wildlife Federation. “Today’s announcement confirms that Governor Murphy’s Executive Order and the state’s comprehensive offshore wind law will guide New Jersey’s decision-making in pursuit of this critically needed climate change solution. National Wildlife Federation looks forward to working with the Murphy Administration to ensure that only projects that are developed responsibly with strong protections in place for coastal and marine wildlife, including our most vulnerable endangered species, are selected to meet the state’s laudable offshore wind goal.”

“We are thrilled with the BPU’s decision to deny Nautilus’ application and the Murphy Administration’s continued push for responsibly developed offshore wind. Today’s decision reaffirms the notion that renewable energy development does not require sacrificing our state’s bountiful natural resources, including wildlife,” said Eric Stiles, President and CEO of New Jersey Audubon. “We are a state blessed with an untapped, abundant renewable resource in the strong and steady winds off our coasts. We are also blessed with enormous wildlife diversity that our thriving outdoor tourism industry relies upon. We must protect all of our assets as we move swiftly to develop new energy opportunities in the form of large-scale projects in further offshore waters.”

In the BPU proceeding, New Jersey Audubon and National Wildlife Federation were represented by the Eastern Environmental Law Center.

Daniel Greenhouse, Senior Staff Attorney for Eastern Environmental Law Center said, "The BPU agreed with us that this particular project would not have provided an environmental net benefit, which was the applicable standard under the law, and as an environmental advocate it is very rewarding to get this decision.”

In addition to New Jersey Audubon and National Wildlife Federation, several other environmental organizations have been advocating for responsibly developed offshore wind, including opposing the Nautilus project while supporting the Governor’s aggressive offshore wind agenda.

“Pursuing offshore wind as an element of the state’s response to climate change has a place in the agenda, but it cannot be done at the cost of our coastal and marine wildlife,” said Tim Dillingham, Executive Director of the American Littoral Society. “Wind projects, both individually and cumulatively must demonstrate that they will not negatively impact wildlife such as migratory birds, marine mammals and fish. This is the standard embodied in OWEDA and many other environmental laws.”

In ten days, the BPU is closing their first solicitation for 1,100 MW of offshore wind power – enough clean energy to power 350,000 homes. These projects will all be utility scale (300 MW minimum) and far offshore in federal waters – a stark contrast to the proposed Nautilus project.

"The BPU's denial of Nautilus' application is good for ratepayers because it allows New Jersey to focus on more economical and environmentally responsible offshore wind to get us to Governor Murphy's 3,500MW goal, the biggest in America," said Ed Potosnak, Executive Director of New Jersey League of Conservation Voters. “Right now, the BPU has our state's largest solicitation of offshore wind, totaling 1,100 MW, that closes on December 28th and in the process of soliciting an additional 2,400 MW. This aggressive, but achievable timetable, will make New Jersey the greenest state in America and create good local jobs in the clean energy economy.”