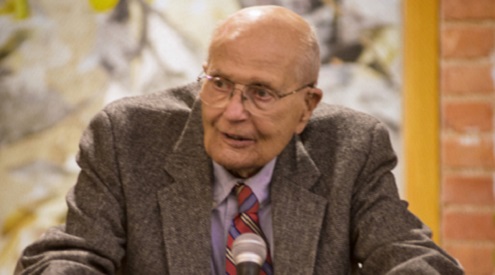 “America has lost one of its all-time greatest conservation heroes and the National Wildlife Federation has lost one of its best friends,” said Collin O’Mara, president and CEO of the National Wildlife Federation. “From his days as a forest ranger to his 59 years in Congress, Chairman Dingell always spoke up for wildlife that couldn’t speak for itself, passing more legislation for wildlife than any other lawmaker in our nation’s history — including the bedrock Endangered Species Act, Clean Water Act, Wilderness Act, National Environmental Policy Act, Clean Air Act Amendments of 1990 and National Environmental Education Act —  and children will experience the wonders of wildlife for centuries to come at his beloved Detroit River International Wildlife Refuge. The entire National Wildlife Federation family’s prayers are with our dear friend, Debbie, and the entire Dingell family. Godspeed, Mr. Chairman.”

“John Dingell was a conservation champion,” said Mike Shriberg, executive director of the National Wildlife Federation’s Great Lakes Regional Center in Ann Arbor, Mich. “We are grateful for the Great Lakes and clean water he protected and the wildlife he conserved through his tireless public service. We will miss his wit, but his legacy will last for generations to come. We offer our deepest condolences to our friend, Rep. Debbie Dingell.”