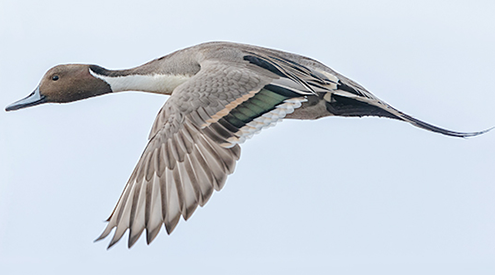 WASHINGTON, D.C.  — On the heels of groundbreaking new research detailing the environmental harm stemming from U.S. biofuels policy, the Trump Administration announced today that it plans to expand the sale of gasoline with higher ethanol content year-round. This policy change would exacerbate the environmental damage and health impacts fueled by the Renewable Fuel Standard. The National Wildlife Federation strongly opposes the move and asserts it is not legal under the Clean Air Act.

“More smog, more habitat destruction, and more water pollution — that’s what will happen if today’s proposed expansion of year-round E15 is enacted. It’s simply irresponsible and not legal under federal law,” said Collin O’Mara, president and CEO of the National Wildlife Federation. “This overreach underscores the urgent need for Congress to reform the Renewable Fuel Standard and to put in place common-sense, bipartisan solutions that work for family farms and communities, while advancing cleaner, more sustainable fuels the right way.”

The Trump Administration wants to expand the sale of gasoline with 15 percent ethanol (E15) from gasoline with 10 percent ethanol (E10) during the summer months. The sale of E15 gasoline is restricted during the summer in many Mid-Atlantic states, Great Lakes states, California, Texas, and other areas to reduce air pollution and smog to protect the health of people—especially children, the elderly, and people with health ailments.

The EPA has repeatedly reaffirmed that the Clean Air Act does not allow administrative expansion to E15. EPA administrators appointed by both Republican and Democratic presidents have concluded that an act of Congress is needed to grant a waiver of Clean Air Act statute for ethanol blends greater than 10 percent.