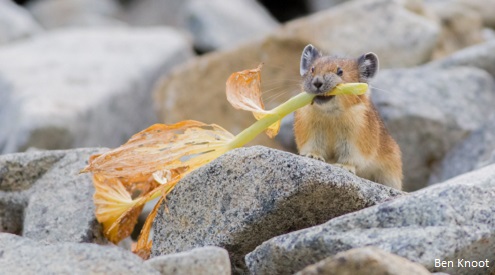 WASHINGTON, D.C. — Confronting climate change and asserting U.S. leadership in this global fight should be a bipartisan effort, the National Wildlife Federation said ahead of the House vote on H.R. 9, the Climate Action Now Act. Bipartisan support for the bill would send an unambiguous message that climate change requires bold leadership that transcends partisanship.

“Climate change’s impacts are as indisputable as they are devastating for both people and wildlife. We thank Speaker Nancy Pelosi and Chair Kathy Castor for their leadership and urge members of both parties to reassert American leadership by supporting the Climate Action Now Act,” said Collin O’Mara, president and CEO of the National Wildlife Federation. “Our nation is enduring an unrelenting cascade of hurricanes, megafires, floods, and droughts. These climate-fueled disasters don’t differentiate whether a community is represented by Democrats or Republicans — so it’s vital that both parties work together to act on climate.”

Thirteen affiliates of the National Wildlife Federation also urged lawmakers in a letter to support the Climate Action Now Act:

“To meet the carbon reduction goals in the Paris Climate Agreement, the administration and Congress have an opportunity and responsibility to put forward an array of solutions, including those that invest in natural infrastructure, boost carbon removal, safeguard vulnerable people, allow equitable access to benefits, and aid the transition to a low- and zero-carbon economy,” wrote the affiliates from Puerto Rico, the Virgins Islands, Arizona, South Dakota, North Dakota, Rhode Island, Oklahoma, Pennsylvania, Maine, Montana, Nebraska, Virginia, and South Carolina.