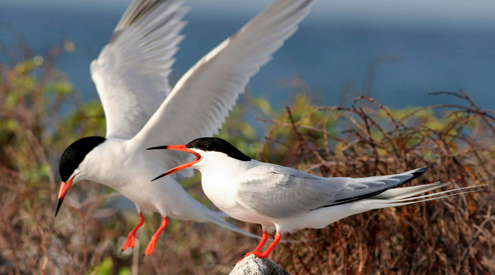 Washington, DC — The House’s passage today of critical disaster aid for communities rebuilding in the wake of recent hurricanes, floods, wildfires and other disasters is a long overdue victory. The National Wildlife Federation heralded this bipartisan breakthrough after months of partisan gamesmanship, but also decried the 11th short-term extension of the National Flood Insurance Program without critically needed reforms.

“The House’s action today to deliver aid to disaster victims, from Puerto Rico and Florida to Nebraska, California, and the Northern Marianas, is welcome news for the families and businesses still rebuilding from devastating, climate-fueled fires, floods, storms and hurricanes over the past two years. The Senate should swiftly follow suit and deliver disaster aid for these communities,” said Collin O’Mara, president and CEO of the National Wildlife Federation. “It is ironic, though, that Congress is spending billions in disaster-recovery while simultaneously punting yet again on making common-sense reforms to the outdated National Flood Insurance Program that would make communities safer and prevent billions of dollars of future damages.

“Congress’s failure to reform the National Flood Insurance Program and invest proactively in pre-storm mitigation — especially natural defenses — is exacerbating the devastation and costs caused by these intensifying, climate-fueled disasters for both communities and wildlife.”

The National Wildlife Federation has urged lawmakers for months to rise above “politics as usual” and swiftly deliver disaster relief for Puerto Rico and other devastated communities. The National Wildlife Federation and its allies also have repeatedly urged lawmakers to modernize the National Flood Insurance Program. O'Mara recently testified before the House Financial Services Committee on the issue and published a related national opinion piece.

The National Flood Insurance Program is a federally subsidized program, administered by the Federal Emergency Management Agency, that provides federal flood insurance to property owners in places where private insurance companies will not offer policies. Critical reforms are needed to modernize the program, including discouraging construction in flood-prone areas; supporting insurance rates that reflect actual risk to homes and businesses; and investing in and encouraging community-wide, nature-based mitigation.