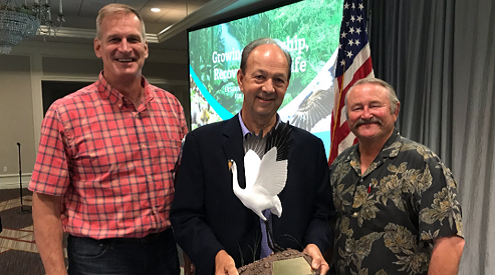 The National Wildlife Federation presented the award at its annual meeting and 83nd anniversary celebration. The National Conservation Affiliate of the Year Award honors an affiliate organization for its conservation accomplishments and contributions to collaborative efforts across the Federation.