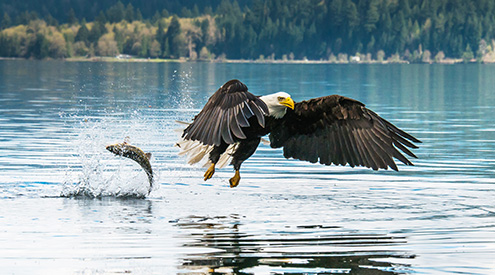 Washington, DC — Publishing regulatory changes that weaken wildlife protections provided by the Endangered Species Act during a wildlife crisis is the wrong policy at the wrong time.

“America’s wildlife desperately demands scalable solutions to save the one-third of species at heightened risk of extinction,” said Collin O’Mara, president and CEO of the National Wildlife Federation. “Unfortunately, this deregulatory package, on balance, will make it more difficult to protect and recover species on the brink. The changes remove blanket protections for threatened species without requiring sufficiently protective alternative measures, create a more bureaucratic process from extensive economic analyses (which legally cannot be considered in the final decision-making), and limit the consideration of climate impacts that are escalating all around us.

“While we appreciate some of the improvements between the draft and final rule, the simple truth is that this final package creates more certainty for industry without any corresponding enhancements that would help hasten the recovery of the imperiled species which the Endangered Species Act was designed to protect. Rather than reducing protections, we urge Congress to take action and enact proactive solutions which match the magnitude of the wildlife crisis by investing at-scale in the collaborative on-the-ground recovery of at-risk species.”

Under new rules, the Endangered Species Act will no longer provide guaranteed protections for threatened species, which are just one step away from being endangered. Among other changes, the new rules also will allow costly economic analysis to be presented in what are legally mandated to be science-based decisions to list species as endangered or threatened, and lessen protections for habitat considered critical to recovering each species.

The National Wildlife Federation is partnering with more than 100 members of Congress and more than 1,000 conservation partners to pass the bipartisan Recovering America’s Wildlife Act, which would invest in the recovery of 12,000 species of greatest conservation need by implementing each state’s Wildlife Action Plan.