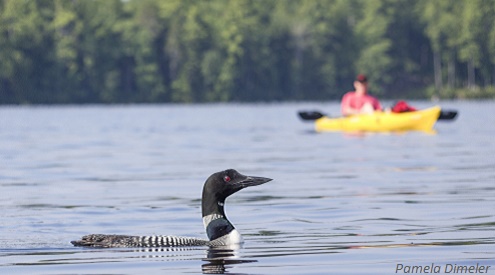 WASHINGTON, D.C. — The National Wildlife Federation and 51 of its state and territorial affiliates — which represent over 6 million members — urged Congress today to fully and permanently fund the Land and Water Conservation Fund.

“We are grateful that in February, Congress overwhelmingly supported permanent reauthorization of LWCF. It is now time to deliver on the full promise and potential of this beloved conservation program to keep outdoor traditions, and fish and wildlife, within reach for future generations. Congress can do that by appropriating $900 million for the program this fall, and expeditiously approving bipartisan bills in the House and Senate that would make this commitment permanent,” the organizations wrote.

Each year the Land and Water Conservation Fund is entitled to  $900 million from fees on offshore energy development, but Congress rarely approves the use of all of that money to improve America’s parks, trails, and open spaces. Congress only twice in half a century appropriated the full amount. The letter to Congress urged leaders to allocate full funding for LWCF for the next fiscal year, as well as pass the permanent funding bill so the program won’t be short-changed in the future.

“The Land and Water Conservation Fund has helped Americans enjoy some of the most spectacular places in our country. In Alaska alone, the fund has helped support Denali National Park, the Kodiak National Wildlife Refuge, as well as the Tongass and Chugach National Forests,” said Meredith Trainor, executive director of the Southeast Alaska Conservation Council.  “Passing a permanent funding bill will ensure that our public lands, wildlife and robust outdoor economy will thrive for future generations.”

The Land and Water Conservation Fund is built on a simple concept:  that we should take revenues of the depletion of one public resource — oil and gas — and use them to pay for the conservation of another resource — our public lands and waters. Since its creation in 1965, the Land and Water Conservation Fund has supported over 41,000 state and local parks in every state in the nation.  The program helps support a robust outdoor recreation industry, estimated at over a trillion dollars annually, supporting over 9 million jobs nationwide.