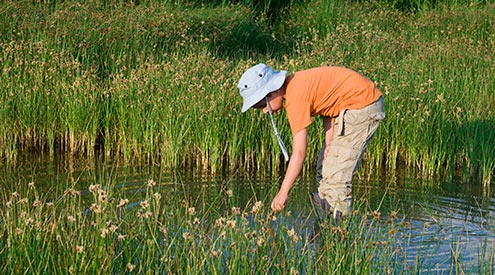 WASHINGTON, D.C. — Trump Administration revisions to the federal Lead and Copper Rule, announced today, fail to protect people and communities from toxic lead contamination. The National Wildlife Federation views the move as yet another instance where the Trump Administration is failing to protect the nation’s drinking water and public health.

“Justice delayed is justice denied — and the sad truth is that this rule will not help the vast majority of the millions of Americans living right now with the injustice of toxic lead in their water,” said Collin O’Mara, president and CEO of the National Wildlife Federation. “Lead is a neurotoxin. It poisons kids’ blood and brains. EPA had the perfect opportunity to adopt a science-based approach and to accelerate the replacement of lead pipes across the country, but instead it opted to retain the current unsafe approach and allow unsafe pipelines to continue poisoning residents until the residents make investments first (regardless of whether they can afford it).  It’s not just a missed opportunity — it’s a betrayal of our public health. We call upon Congress to step up to protect our drinking water and our communities.”

“This rule is a slap in the face to the millions of Americans in Flint, Milwaukee, Newark, and communities across the country who are suffering from toxic lead poisoning,” said Simone Lightfoot, national director of urban initiatives and environmental justice for the National Wildlife Federation. “We will continue to work with local communities and the U.S. Congress to put in place strong clean water protections and robust federal funding to make sure that our nation can, once and for all, provide clean, safe, and affordable water for all of the people who call this nation home.”

The National Wildlife Federation supports Lead and Copper Rule reforms, which include setting a strong national standard to keep lead out of people’s drinking water and putting in place an aggressive timeline for replacing lead service lines. The National Wildlife Federation also supports a robust federal investment in water infrastructure to ensure that people have access to safe drinking water without experiencing large spikes in water utility bills that they cannot afford.