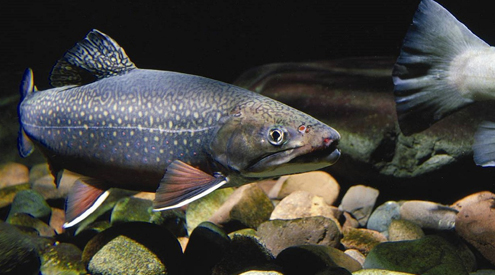 WASHINGTON, D.C. — The House Committee on Natural Resources took an important step forward today to ensure that America’s public lands, waters and wildlife will be protected from the impacts of hardrock mining by passing the Hardrock Leasing and Reclamation Act out of committee. The bill modernizes the antiquated 1872 mining act which has allowed international corporations to pillage America’s lands and waters with neither sufficient safeguards nor compensation for taxpayers. The bill also establishes a reclamation fund to clean up the more than half-million abandoned mine sites across the country and it stops a century-old loophole by making mining companies pay federal royalties for the minerals they extract.

“For too long, our public lands, waterways, wildlife, and local communities have suffered from a toxic legacy of America’s abandoned hardrock mines,” said Collin O’Mara, president and CEO of the National Wildlife Federation. “Our nation’s hardrock mining law is older than the telephone and the commercial lightbulb — and as a result taxpayers are on the hook for more than $50 billion in cleanup costs from more than 500,000 abandoned mines. This commonsense bill establishes comprehensive environmental standards for future mining, sets up a fund to pay for the massive cleanup of abandoned mines, and ensures that taxpayers receive a fair return from these public resources.”

“The Animas River in Colorado is the poster child for why the antiquated mining act needs to be updated,” said Suzanne O’Neill, executive director of the Colorado Wildlife Federation. “Over and over again, the river has been subject to toxic spills, most famously in 2015 with the Gold King Mine accident. It’s time to clean up the mess that has been left behind and prevent such disasters from ever happening again.”

The Environmental Protection Agency reports that hardrock mining is the number one source of toxic pollution. More than 40 percent of the watersheds in the western United States are contaminated by pollution from hardrock mines.

The General Mining Act of 1872 was created in an era when the federal government wanted to encourage people to settle the West. The law was intended to regulate prospectors swinging pickaxes, not corporations that blast and excavate thousands of acres of land at a time. Those companies also use huge quantities of toxic chemicals that can pollute adjacent streams and lakes. Under the 1872 law, those mining corporations aren’t subject to mining-specific environmental regulations, they don’t pay any federal royalties and they aren’t required to clean up the toxins that are left behind. And because the 1872 Mining Law trumps all other uses of our public lands, federal officials cannot simply determine that some places are too special to mine.

The Hardrock Leasing and Reclamation Act (H.R. 2579), which was marked up in committee today, will establish environmental protections, a federal royalty system, the ability to protect special places and a reclamation fund to clean up existing abandoned mines.