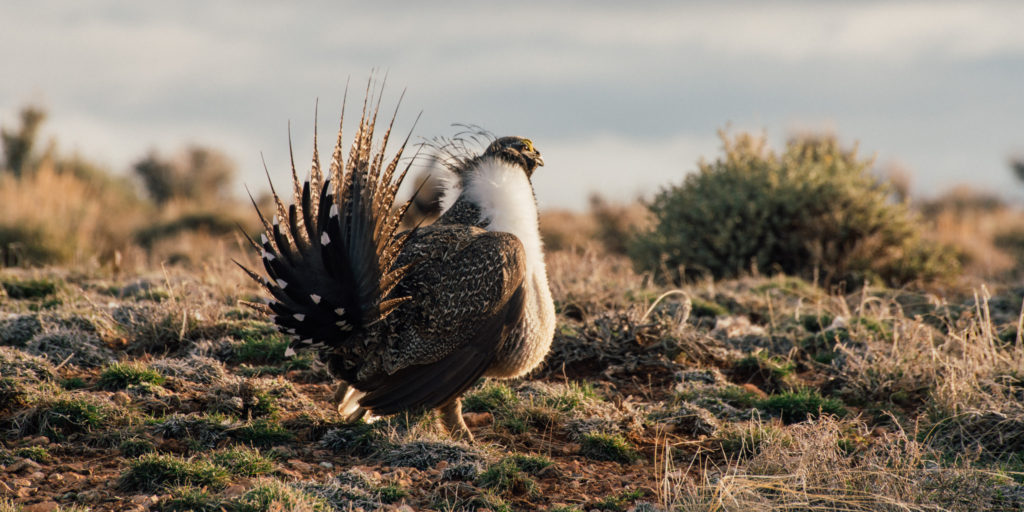 WASHINGTON, DC - Today, the U.S. Forest Service released its final environmental impact statement on proposed changes to the 2015 sage grouse conservation plans. This action is the final step in the administration’s larger rollback of protections for the imperiled bird.  The Forest Service amendments, combined with the Department of Interior proposals, effectively dismantle the historic 2015 plans which were carefully crafted by a broad coalition of Western governors, ranchers and community members to balance conservation with economic concerns.

The Forest Service removes protections in priority sage grouse habitat, allows for waivers and exceptions for development interests and --by weakening provisions in specific states--threatens sage grouse conservation overall in the West.

“Over and over, Westerners have spoken up to protect habit for sage grouse and the 350 other species that rely on it.  And over and over, this administration has ignored those voices,” said Tracy Stone-Manning, associate vice president for public lands at the National Wildlife Federation. “Our country should be protecting wildlife habitat, not attacking it.”

“Dismantling the collaborative agreement that was created by sportsmen, landowners and a bipartisan group of elected officials in the West means that this administration clearly gives more weight to oil and gas interests than to the people of Nevada,” said Robert Gaudet, president of the Nevada Wildlife Federation. “These weakened plans threaten not only an iconic western bird, but the habitat that supports 350 other species”

"Idaho's sage-grouse populations are down 52% since their peak in 2016. There has been a 25% reduction in males at leks since 2018 surveys – in just one year. This is not a time to be reducing conservation measures as these plans do. This will only ensure an ESA listing, prompting a whole host of far more drastic regulations,” said Brian Brooks, executive director of the Idaho Wildlife Federation. “The irony that we are leaving the pan for the fire is something only a politician couldn't see."

“The Forest Service’s actions to upend the management agreed upon in 2015, is disappointing. The 2015 plans were assembled using the most collaborative conservation effort undertaken in our country to date,” said Joy Bannon, policy director for the Wyoming Wildlife Federation.  “Four years ago, Wyoming ranchers, hunters and conservationists – along with our governor—came to the table to develop common sense protections for sage grouse habitat while still meeting all of the state’s other needs.  Unfortunately, the top-down approach has won out and coupling that with an energy dominance focus, our other multiple-uses are being less cared for.”

"Coloradans from all walks of life worked diligently to craft the prudent 2015 plans which protected the sage grouse and many other species. Unfortunately, the new plan expands the acreage where waivers, exceptions and modifications can be made and no longer requires approval by Colorado Parks and Wildlife. This major change is inconsistent with the agency's planning rules requirement to maintain or restore ecological integrity," said Suzanne O'Neill, executive director of Colorado Wildlife Federation.

The 2015 plans were designed to protect the Greater sage-grouse, in order to get the bird on track toward long-term, healthy populations and to avoid an Endangered Species Act listing.  The Forest Service’s final proposal weakens the plans by removing sagebrush focal areas-- the most protected status for the bird-- in the original plans. The Interior Department’s changes would also lift these protections on more than 8 million acres of sage grouse areas. In addition, Interior’s plans loosen oil and gas development restrictions on tens of millions more, allowing for waivers and exceptions that would essentially require Western governors to be gatekeepers of the birds’ health and enforcers of habitat protections.