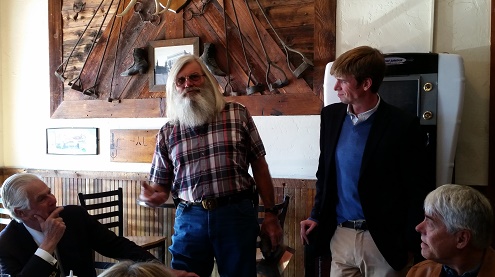 WASHINGTON, D.C. — The National Wildlife Federation said Tom Warren, who had served as the organization’s board chair, its acting president and CEO, and numerous other leadership roles, will be missed, but his vision will endure through the people he inspired. Warren, who passed away this week at his home near Trinidad, Colo., played a critical role in restoring black-footed ferrets to the Rocky Mountain Arsenal National Wildlife Refuge, protecting wildlife habitat at the Pinon Canyon Maneuver Site in southern Colorado, and numerous other wildlife conservation initiatives.

“Tom was a conservation giant — both literally and figuratively. A certified wildlife biologist, he was a fearless advocate for common-sense, on-the-ground conservation,” said Collin O’Mara, president and CEO of the National Wildlife Federation. “It Is impossible to measure the benefits of Tom’s lifetime of conservation achievements, but his work undoubtedly supported the recovery of species across the West, including black-footed ferrets, bison, elk, mule deer, and pronghorn. Tom will be missed, but his vision for wildlife conservation will live on in the hearts and work of the people he inspired.”