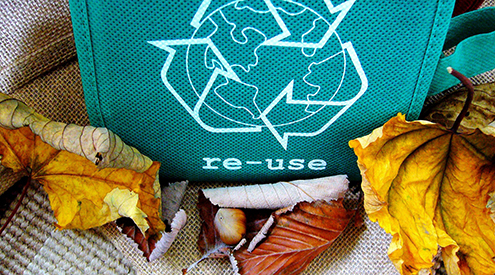 Reston, VA – Across nearly 300 campuses in 43 states, millions of students participated in the 2020 RecycleMania competition, where they helped to recycle, donate and compost more than 48 million pounds of waste.

“For 20 years, the RecycleMania program has helped more than 1,000 higher education campuses reduce waste, resulting in less trash entering our waterways and its negative impacts on wildlife”, said Kim Martinez, vice president of education and engagement programs at the National Wildlife Federation. “It is our pleasure to work alongside RecycleMania Inc. on this remarkable program which engages and educates millions of American students, staff, and faculty each year.”

“In response to the COVID-19 pandemic and a shift toward sustainable economic practices, colleges and universities across North America have become great sources for innovation that can inspire both long-term economic and environmental opportunities for the public and private sectors to model,” said Stacy Wheeler, president and co-founder of the RecycleMania competition. “Stanford University, for example, is looking at ways to reduce contact points of the material streams that enter and leave campus to better public health practices, improve financial management and sustain award-wining zero waste efforts. We are proud that RecycleMania’s annual Campus Race to Zero Waste competition can help inspire these successes.”

Due to COVID-19 pandemic early closings, many RecycleMania campuses were unable to complete the full eight-week competition. In an effort to provide flexibility, the program made the decision to recognize campuses for the first five weeks of the competition.

Despite these unforeseen circumstances, this year’s tournament engaged 3.7 million students and 870,000 faculty and staff for a total of more than 4.5 million participants. From February 2 to March 7, the participating colleges and universities recycled, composted, and donated 48.6 million pounds of waste, and cutting out more than 380 million single-use plastic bottles. In five weeks, participants prevented the release of 70,875 metric tons of carbon dioxide equivalent into the atmosphere, which is equal to avoiding the annual emissions from 15,047 cars.

In February 2020, RecycleMania also announced its partnership with Rubicon, naming it the competition’s official sustainability and technology partner. Rubicon, a technology company born in the waste and recycling industry that powers a digital marketplace, provides a suite of Software as a Service (SaaS) products for waste, recycling, and smart city solutions, and collects and analyzes data for businesses and governments worldwide.

“Rubicon’s mission is to end waste and we are honored to play a role in helping America’s college students join us in this important mission,” said David Rachelson, chief sustainability officer at Rubicon. “Seeing the future leaders of the sustainability movement engage in recycling and waste reduction best practices across their campuses makes me hopeful for the future of our environment, and the planet as a whole.”

In celebration of its 20th anniversary, the program also announced the competition is changing its name to Campus Race to Zero Waste. The new name better reflects and reinforces the purpose of the program – to help colleges and universities find pathways toward zero waste on campus. The RecycleMania name and logo will slowly be phased out through summer 2020.

RecycleMania campuses implemented other innovative and creative practices, including:

Complete results for these and other categories can be found at recyclemania.org, including how schools performed by category, state, athletic conference and other groupings. The national winners of each category are recognized with an award made from recycled materials.

RecycleMania has been helping campuses reduce waste and improve their recycling efforts, since its launch in 2001. Today it is the nation’s premier waste reduction and recycling competition among colleges and universities, in partnership with the National Wildlife Federation.