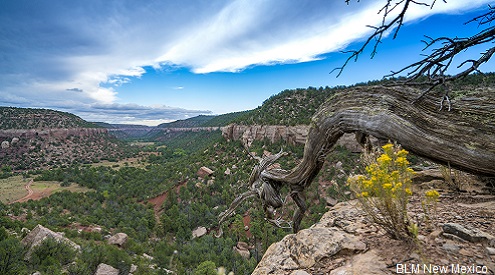 Withdrawing his nomination is not enough

WASHINGTON, D.C. — The National Wildlife Federation and its Western affiliates urged members of the U.S. Senate to demand the resignation or removal of William Perry Pendley as acting director of the Bureau of Land Management (BLM). The conservation organizations, which represent more than a million Western hunters, anglers and other outdoor enthusiasts, said in a letter that Pendley is “spectacularly unqualified” to oversee the management of 248 million acres of public land.

“For more than one year, Pendley has been authorized to serve as acting BLM director through a string of temporary appointments, illegally avoiding a Senate confirmation process that is required by the Constitution,” the organizations wrote in the letter. It noted that after President Trump nominated him to formally become the director, an outcry from Americans around the country forced the withdrawal of the nomination. “Unfortunately, it appears that Pendley intends to remain indefinitely as the de facto leader of the agency. This is completely unacceptable. He is not confirmable because he is unfit to lead the agency. He should be dismissed.”

The letter went on to cite Pendley’s long record of supporting the sale and transfer of public lands, as well as the inflammatory statements he has made about the Black Lives Matter movement, about immigrants, and members of the LGBTQ community. “It is unconscionable to allow someone who has repeatedly demonstrated outward hostility for public lands and the public servants who manage them to lead the agency,” the letter continued.