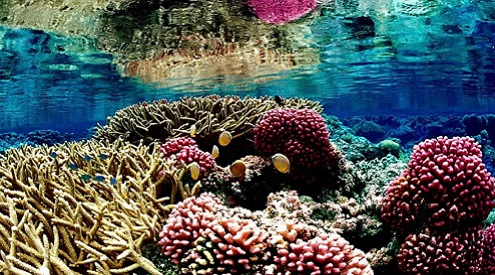 WASHINGTON, D.C. — Global populations* of mammals, birds, amphibians, reptiles and fish have suffered an average two-thirds decline in less than half a century due in large part to climate change and also the very same environmental destruction which is contributing to the emergence of zoonotic diseases such as COVID-19, according to WWF’s Living Planet Report 2020, released today.

The report’s Living Planet Index (LPI), provided by the Zoological Society of London, shows that factors believed to increase the planet’s vulnerability to pandemics — including land-use change and the use and trade of wildlife — were also some of the drivers behind the 68 percent average decline in global vertebrate species populations between 1970 and 2016. In addition to these threats, another major risk to wildlife populations highlighted in the report is the continuing threat of climate change.

Bruce Stein, chief scientist at the National Wildlife Federation and a report co-author noted that this is the first time the Living Planet Report has explored in detail the growing threat of climate change to global biodiversity. Stein said, “healthy ecosystems are not only good for sustaining wildlife, but can also protect people and communities from the worst effects of a changing climate.”

“Nature has an increasingly vital role to play in helping people adapt to intensifying climate impacts and natural disasters,” Stein said. “By absorbing and storing atmospheric carbon, natural ecosystems like forests and wetlands are also important in the fight against climate change. But for nature to provide these climate adaptation and mitigation functions, society will need to dramatically scale up its efforts to help nature itself cope with, and adjust to, the accelerating impacts of climate change.”

The Living Planet Report 2020 presents a comprehensive overview of the state of our natural world through the LPI, which tracks trends in global wildlife abundance, and contributions from more than 125 experts from around the world.

*Using the data from 4,392 species and 20,811 populations, the 2020 global Living Planet Index shows an average 68 percent decline in monitored populations. The percentage change in the index reflects the average proportional change in animal population sizes tracked over 46 years — not the number of individual animals lost.