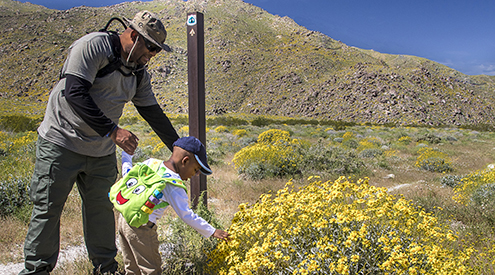 Washington, D.C. — Facebook should examine why it has become a space that provides for the spread of hate and for disinformation that undermines science and fact-based policy, conservation leaders said today in an open letter to Facebook. The letter, led by the National Wildlife Federation and Conservation Northwest, along with 16 other conservation groups throughout the country, called on Facebook to do more to stop hate from flourishing online and to adopt policies that stop the spread of hate and misinformation on its platform.

“As the nation struggles to control the pandemic, nature has provided a valuable and safe respite. But, as we have seen with the racism behind the Christian Cooper incident in New York City, the benefits of nature are not available for all. The pandemic has also made the impacts of systemic racism abundantly clear. Those living in areas where air pollution has historically been the worst — communities where predominantly Black and Brown people live — have a higher likelihood of dying due to COVID-19,” the 18 conservation organizations said in the letter. “We will not succeed as a nation until nature and a healthful environment are truly available to all. Facebook has to recognize its role in fostering an environment that perpetuates the culture of racism and hate that puts nature out of bounds.”

“We stand for civil society and against hate,” said Mitch Friedman, executive director of Conservation Northwest in Seattle and one of the authors of the letter. “But more than that, efforts to conserve nature are anchored in science and a careful search for mutual understanding rooted in facts and truths. This delicate quest for truthful dialogue and science-based policy is being deliberately destabilized by interests with peculiar agendas, and Facebook is presently amplifying and even profiting off of those agendas. This must stop.”

The groups called on Facebook to change the algorithms and tools that prioritize “engagement,” resulting in amplification of misinformation and hate. The letter can be found here.