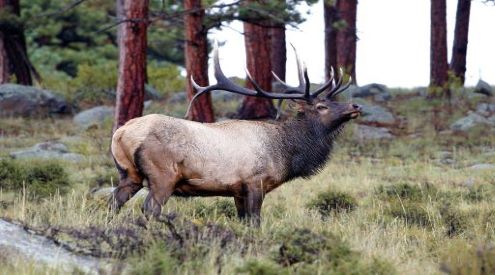 DENVER, Colo. — The National Wildlife Federation heralds the legal challenge filed by the state of Colorado to invalidate the U.S. Bureau of Land Management’s resource management plan for the Uncompahgre region in southwestern Colorado because the plan was authorized by William Perry Pendley, who was serving illegally as the agency’s director.

“A federal judge has already ruled that management plans signed by Mr. Pendley in Montana are invalid and we look forward to a similar ruling here in Colorado,” said Aaron Kindle, director of sporting advocacy for the National Wildlife Federation. “The lands in the Uncompahgre are some of the finest wildlife habitat in the state, and indeed the West, and are also home to a rich agricultural heritage. In addition to being unlawful because it was approved by Mr. Pendley, the resource management plan also went against state policies and the wishes of local communities.  We applaud Colorado Governor Jared Polis and the Department of Natural Resources for recognizing these values and for standing up to make sure this damaging plan will not be implemented.”

Last fall a federal judge invalidated three major land-use plans in Montana because Pendley wasn’t authorized to perform the duties of director of the Bureau of Land Management. Pendley was never confirmed by the U.S. Senate and his nomination was withdrawn after a public outcry against Pendley’s anti-public lands zealotry.

The lands managed by the Bureau of Land Management in the Uncompahgre field office are critical to hunters, anglers, and local economies. The Uncompahgre Resource Management Plan (RMP) prioritized oil and gas development over other uses despite heavy opposition from the local community, hunters, anglers, and other wildlife advocates. The National Wildlife Federation has been part of efforts to protect the area for nearly a decade and remains ready to continue working on an inclusive plan that appropriately manages the area, protects a broad range of shared values, and gives a strong voice to local citizens.