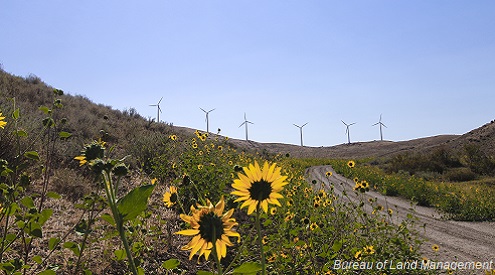 WASHINGTON, D.C. – The National Wildlife Federation’s newly launched Clean Economy Coalition of Color will bring together Black, Latinx, Indigenous, Asian, and Pacific Islander leaders and advocates of color to discuss and highlight climate solutions that will center the priorities and economic interests of historically marginalized communities.

“If we build the clean economy on a strong economic and climate justice foundation, it can play a transformative role in addressing the disinvestments, public health, and climate change impacts that many communities of color still face on a daily basis,” said Mustafa Santiago Ali, vice president of environmental justice, climate, and community revitalization for the National Wildlife Federation. “This set of 21st century opportunities can build wealth and improve health in the spaces and places that have often been forgotten or ignored. This new economy, if done authentically, can ensure that vulnerable communities who are often hit first and worst from the climate crisis can finally begin the journey of moving from surviving to thriving.”

The coalition, which held its first meeting in May and includes some of the nation’s most insightful Black, Latinx, Indigenous, Asian, and Pacific Islander leaders and advocates of color, has discussed how federal commitments to grow the clean economy, address climate change, and invest in America’s infrastructure should be realized through an equitable process aimed at building wealth among vulnerable communities.

“It’s completely unacceptable that less than 2 percent of clean energy companies are owned by Black, Latinx, Asian-American, or Indigenous business leaders, especially when the communities most impacted by air and water pollution are many of the same communities that are facing the worst climate impacts,” said Collin O’Mara, president and CEO of the National Wildlife Federation. “Through the incredible Clean Economy Coalition of Color, we are committed to standing in solidarity with leaders of color across the country to maximize both the economic opportunities and public health benefits from the transition to a clean energy economy.”

The coalition will hold its next roundtable on June 30. Read more about the coalition’s vision for a just and equitable clean economy.