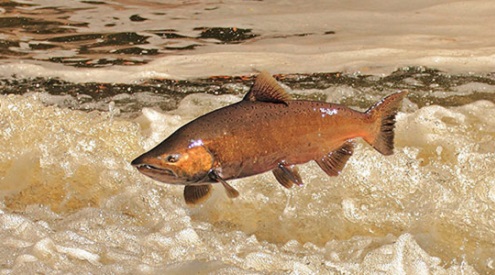 WASHINGTON, D.C. – A provision in the Water Resources Development Act, which will support equitable solutions for communities and healthy waterways, underscores the growing recognition that the four lower Snake River dams are threatening Northwest salmon and the communities, jobs, and cultural traditions they support. The provision from House Transportation and Infrastructure Committee Chairman Peter DeFazio (D-Ore.) would require an inter-agency assessment of the Lower Four Snake River dams’ impact on fish and wildlife, among other components, of the Columbia River Basin.

“Since built, the four lower Snake River dams have placed Columbia River salmon on the path to extinction, and they must be removed. Chairman DeFazio’s provision in the manager’s amendment marks a step in the right direction,” said Abby Tinsley, associate vice president of policy and government affairs at the National Wildlife Federation. “This provision falls short of what’s ultimately needed, but underscores Congress’ growing recognition that these dams are a primary driver of salmon declines — and the status quo is untenable.”

Since the four lower Snake River dams were completed in 1975, Columbia River salmon and steelhead populations have declined by more than 90 percent. The impacts of these dams, magnified by the effects of climate change, are pushing salmon and steelhead to extinction — violating the federal government’s commitments to Northwest tribes and putting the communities, businesses, ecosystems, and orca that depend on these fish populations even more at risk.