Life on a Leaf in Panama

In the middle of the world's most famous shipping lane, more than 1,300 types of plants shape, feed and shelter an island paradise 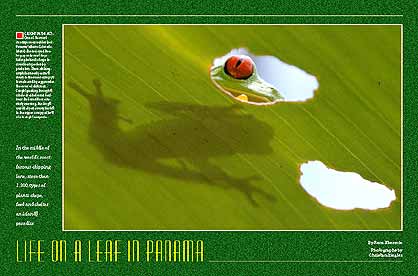 SLIVERS OF SUNLIGHT pierce the dawn stillness of a sleepy island jungle, and the natives begin to stir. Orchid bees buzz. Lizards scurry beneath a blanket of leaf litter. A vibrating cicada chorus joins the territorial shrieks of birds. And the low, primal grunts of howler monkeys greeting the first warming rays of the day grow louder and louder, reverberating through the forest, coaxing the last of the late sleepers awake.

Beyond the muddy shores of Barro Colorado Island, crocodiles tour the dark waters of Gutan Lake. And ships as big as a football field begin a 50-mile climb up the aquatic stairway that snakes across the S-shaped Isthmus of Panama.

Here in the middle of the Panama Canal is a strange marriage of nature, science and technology. Encircled by a channel that hosts scores of ships and tugboats every year, the 4,000-acre Barro Colorado Island is a modern-day Noah's Ark for hundreds of species of birds, mammals, amphibians, reptiles and insects supported by the island's rich plant life. So much biodiversity in such a small area is a natural draw for scientists who annually flock to the island to study its inhabitants at the Smithsonian Tropical Research Institute (STRI). Photographer Christian Ziegler has spent the better part of the last three years at STRI discovering, exploring and photographing the island's untamed treasures, big and small. Some of his images are displayed here. 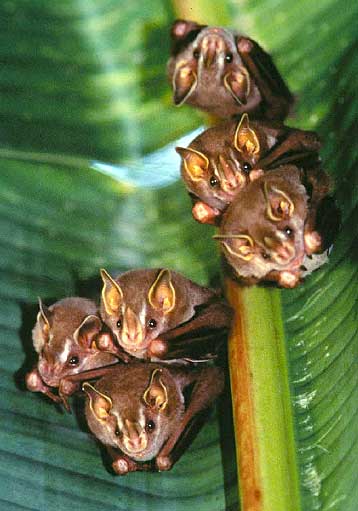 Photo: © CHRISTIAN ZIEGLER
BAT CAMP: Pygmy fruit-eating bats play a crucial role in helping the biodiversity of the forest thrive by dispersing plant seeds. These nomadic night-flyers fashion tents from leaves, which allows them to roost near fruiting trees that are in season. Male bats often share a tent with a harem of females, who give birth, feed and rear young from the shelter of their leafy homes. 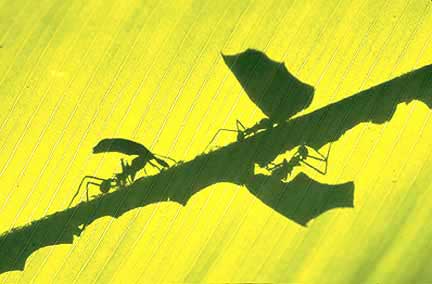 Photo: © CHRISTIAN ZIEGLER
DOWN ON THE FARM: Casting an eerie shadow on a green backdrop, three leaf cutter ants collect the last few morsels from a naked stem before joining a long, single-file stream of ants marching back to an underground nest like an army of miniature piano movers. For 50 million years, the ants have been harvesting leaf cuttings to cultivate and eat a nutritious fungus. In the entire animal kingdom, only leaf cutter ants, a few types of beetles and termites--and humans--grow their own food. 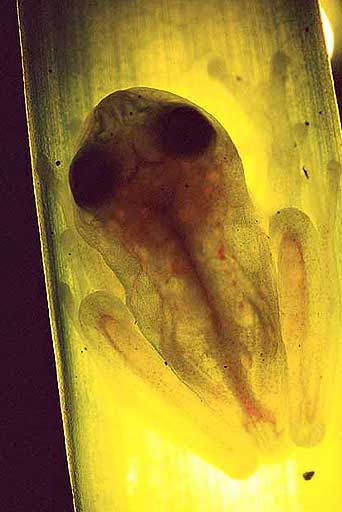 Photo: © CHRISTIAN ZIEGLER
EXPOSED: Almost alien in appearance, glass frogs are among the world's most stunning amphibians. Their skin and bones are transparent, making them tough to spot in broad daylight, much less at night. Spied in the beam of a flashlight, this frog--no bigger than a film canister--was hiding on a creek-side bromeliad. Like red-eyed tree frogs, glass frogs lay their eggs on leaves hanging over water. But, in some species, the father stands guard over his clutch, protecting it from insect predators and parasites.