Take Two Hikes and Call Me in the Morning

Scientists are discovering that our species’ love of plants, animals and wilderness—possibly hardwired during the course of evolution—has positive effects on human health 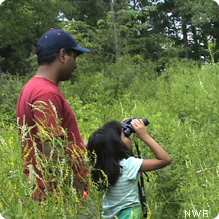 Can a dose of nature cure what ails you? That’s the theory behind an intriguing line of inquiry by scientists from a variety of disciplines. Their research suggests that activities such as gardening, walking by a stream or even gazing out a window at your backyard may have therapeutic benefits. Among the findings:

A group of breast cancer patients who spent half an hour watching birds or strolling in a park three times a week had increased attention span and significant gains in quality of life ratings, compared patients who did not take these actions.

A study of 100 people in a diversity of work settings found that employees with window views of nature had lower levels of job stress and higher reports of general well-being than those without such views.

Patients who underwent bronchoscopy experienced less pain after first viewing a nature scene, then listening to sounds of a bubbling brook during the procedure, compared to a group that did not use these interventio.


Philosophers and poets have long praised the rejuvenating benefits of nature, but only in the past two decades has nature’s healing potential been examined through the lens of modern science. In 1984, Harvard University evolutionary biologist E.O. Wilson put forth his theory of “biophilia,” which holds that humans, having evolved in the natural world, have a hardwired affinity for plants, animals and scenic landscapes.

Engaging with the natural world, the thinking goes, has restorative, calming effects, while, conversely, living in a sprawl of asphalt, steel and concrete heightens anxiety and stress.

“Nature is important for emotional well being and health,” says Roger Ulrich, director of Health Systems and Design at Texas A&M University. Ulrich and other scientists have examined how views of nature affect hospital patients, prisoners and office employees. In study after study, they have shown that even a picture of trees or water can be a powerful elixir, helping to lower blood pressure and decrease muscle tension. Patients who view nature reportedly have less pain and shorter hospital stays than their counterparts without such a view.

The research is of more than academic interest. Hospitals, for example, are incorporating “healing gardens” into their designs. Nursing homes are installing aquariums and aviaries. Workplaces are adding rooftop gardens and interior plants. And “wilderness therapy” is being offered to cancer patients, emotionally disturbed children and rape survivors, among many others. The findings also have implications for the design of cities and parks.

“Traditionally, those who were concerned with land conservation have focused on ecological benefits, not on human benefits,” says Howard Frumkin, a physician in Emory University’s Department of Environmental and Occupational Health. But, he says, that may be changing.

In Australia, for example, a study by Deakin University and Parks Victoria found that “parks are a fundamental health resource, particularly in terms of disease prevention.” The report cited evidence of nature’s salutary effects on blood pressure, cholesterol, outlook on life and stress levels. It recommended a major public investment in parks that would engage and inspire people to spend time in nature.

“It would not be surprising to me if we get to the point of prescribing nature as a treatment for various conditions,” says Frumkin. “We need more evidence before we do that. But wouldn’t it be nice if I as a physician could say, ‘spend time in the park’ instead of ‘take this medication’?”

Beth Baker is a science and health writer based in Takoma Park, Maryland.


Web Exclusive: Medicine for the Mind

A dose of nature not only improves physical health, it may also become standard treatment for certain mental disorders as well. In a recent nationwide study of more than 400 children with attention deficit hyperactive disorder (ADHD), scientists observed a significant reduction of symptoms among kids who were “treated” to some afternoon or weekend time outside enjoying nature compared with those who did not participate in the outdoor activities.

“The advantage of green outdoor activities was observed among children living in different regions of the United States and among children living in a range of settings, from rural to large city environments,” write psychologists Frances E. Kuo and Andrea Faber Taylor of the University of Illinois at Urbana-Champaign, who published their research in the American Journal of Public Health.

ADHD sufferers, which in the United States include some 2 million school-aged children and up to 2 to 4 percent of adults, can face serious problems such as difficulty in school, work and relationships; depression and substance abuse. Although there are drugs available to treat the neurological disorder, they do not work for everyone and can cause serious side effects, including appetite suppression and insomnia—not to mention the stigma and expense of taking these medications.

If further research, including clinical trials, supports the researchers’ findings, nature “may offer a way to help manage ADHD symptoms that is readily available, doesn’t have any stigma associated with it, and doesn’t have any side effects, except maybe splinters,” says Kuo. She adds that a standard “green dose” could be something as simple as “a greener route for the walk to school, doing classwork or homework at a window with a relatively green view, or playing in a green yard or ball field at recess or after school.”—Laura Tangley