How the US Stands Against the Carbon Dioxide Emissions of Other Countries. 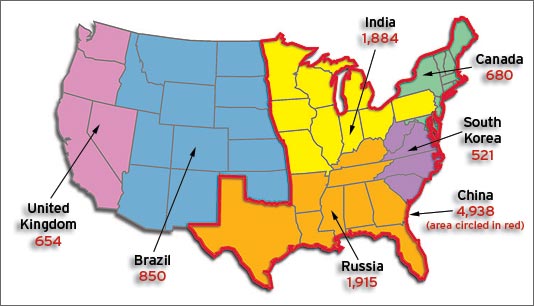 In 2000, the United States spewed one-fifth of the globe’s carbon dioxide (CO2)—nearly 7 billion tons. This map, created by the World Resources Institute, shows how the regions of the United States compare to the world’s other top CO2 emitters, with China’s output roughly equal to that of India, Russia, Canada and South Korea combined. Figures represent millions of tons of CO2.