Update: Migratory Birds in the Gulf of Mexico

Early arrivals are thriving in natural and manmade habitats, but scientists still worry about diving birds that fly down later in the season 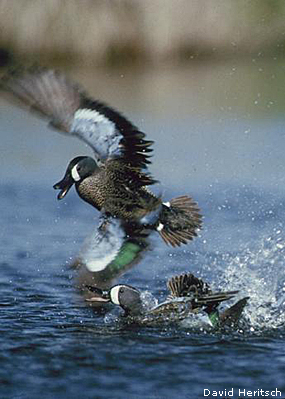 To try and minimize harm to the millions of migratory shorebirds, waterfowl and other birds headed for the oil-polluted Gulf of Mexico, conservation groups this summer teamed up with federal agencies and the region's landowners to create new wetland habitats and provide food sources away from oil-contaminated zones.

Tom Moorman, director of conservation planning for the southern region of Ducks Unlimited, one of the project's major participants, reports that as of early October, farmers and other landowners have made 75,780 acres available to his organization for the effort. "Some of those lands are flooded now, and others will come on later this fall and winter," he says.

"Where these lands have been flooded, the response has been phenomenal," says Moorman. "In south Louisiana, thousands of blue-winged teal, mottled ducks and black-bellied whistling ducks, along with some early pintails, are using these habitats."

"In addition, thousands of wading birds like white and white-faced ibis, wood storks, and most of the heron and egret species are abundant. Shorebirds like long-billed dowitchers, semi-palmated sandpipers, and least sandpipers also are abundant."

One reason for this success may be a drought that is afflicting the region. "We are so dry down here that if anyone pumps water right now, waterfowl, shorebird and wading bird response is likely to be excellent," says Moorman.

But migratory birds are not out of the woods. According to Moorman, "most of the waterfowl have yet to arrive." Species expected later in October include gadwalls, wigeon and some green-wing teal, along with the first flocks of snow and white-fronted geese. Additional herons, egrets, shorebirds, rails and coots are also expected to fly in this month.

Speaking at a recent lecture sponsored by the Smithsonian Migratory Bird Center and Cornell Lab of Ornithology, Ken Rosenberg, director of conservation science for the lab, said: "Our biggest concern are the rafts of loons, lesser scaup and other birds that will be feeding offshore and diving into water that contains oil and chemical dispersants." More than a third of North America's population of lesser scaup winter in the gulf region--up to 1.4 million birds in some years.

Moorman agrees that "if there is any submerged oil or even any remaining sheen present, those species [lesser scaup and loons] would possibly be at risk." Also of concern, but present in lower numbers--hundreds to thousands of birds--will be several other diving ducks, including redheads, surf scoters, buffleheads, ruddy ducks, greater scaup, long-tailed ducks and red-breasted mergansers. Those species, along with loons and lesser scaup, usually begin to show up in late October, with peak arrivals expected in November.

The Gulf Coast is the continent's most important wintering area for waterfowl. Up to 1.7 million ducks and 1.5 million geese spend all or part of the winter in the region. There are now conflicting reports about the amount of oil that remains in the gulf. Some sources, including the federal government, contend that most of it has been degraded by hydrocarbon-eating bacteria. But even if you accept the most optimistic scenario, there is still a lot of oil in the water, says Rosenberg. "We have not yet seen the last of the spill's impacts."