Part 1: The Truth About Animal Clichés

Here are five animal clichés that may contain more than a modicum of truth, or may be way off base

WE'VE ALL HEARD 'EM. We've all used 'em: well-worn clichés about animals that we use as metaphors to describe one another. He's quiet as a mouse. She eats like a bird. But what do these pithy phrases tell us about animals? How quiet is a mouse? How much does a bird eat? When it comes to accurately depicting animals, are those who use these colorful expressions as wise as owls or as crazy as coots? Let's take a look at some familiar animal clichés and see if there is a grain of truth, or just a grain of sand, in these pearls of wisdom.

QUIET AS A MOUSE

Most mice are pretty quiet, except when they are frightened into squeaking. But one species—the grasshopper mouse of the Midwest and the American Southwest—is known for the noise it makes. This mouse marks its territory in part by unleashing long, high-pitched squeals, just like tiny howling wolves. And although these rodents weigh less than half an ounce and scarcely project the look of a voracious hunter, they're like wolves in another way, too: They're predators, hunting down insects, scorpions and sometimes even other rodents. 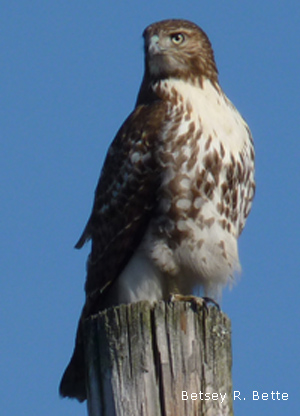 This is what you want your optometrist to tell you. A hawk can see a rabbit from two miles away or a dime from 1,200 feet. The smallest object a human can see from 1,200 feet is a grapefruit.

BLIND AS A BAT

"All bats can see," says Bob Benson, a spokesman for Bat Conservation International. "But most species—about 70 percent—augment their vision with echolocation." Many bats have tiny eyes, which probably gave rise to the belief that they are blind. But even if they couldn't see, bats that use echolocation could still detect tiny objects in their environment because the sounds they emit bounce back to them, telling them what lies ahead as they flit through the air. In experiments, bats with their vision completely obscured have been able to fly across rooms crisscrossed wall to wall with string and not become entangled. On the other hand, flying foxes and other fruit bats of Africa and Asia, which do not echolocate, have large eyes and see well, finding fruit trees by sight.

CRAZY AS A COOT

It's unlikely that Sigmund Freud ever analyzed a coot—a black water bird with a white beak—so no professional opinion can be cited on this issue. The coot's reputation may be founded on several behavioral characteristics. During courtship, males and females may look a touch crazed, chattering to one another and splashing water to signal interest. Coots also splash when they spot predators, but that's hardly crazy. The behavior that earned them their place in the world of clichés is probably their method of taking flight. Because their wings are stubby, coots can't get aloft efficiently. So, like another similarly impaired bird called the booby, they run along the surface of the water, flapping and squawking and generally raising a ruckus long before they rise into the air. For short flights of 100 yards or so, they may not even get airborne. They just run across the water. Crazy? Not likely, but it sure looks that way. One thing is certain: Because coots are the most social members of the rail family, gathering in loose flocks, they warn one another about incoming predators—which means there are always likely to be a few old coots around. 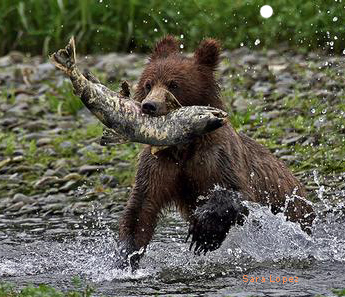 HUNGRY AS A BEAR

Now that's hungry. "In fall when salmon first arrive in the streams and grizzlies are most hungry, a big male can eat up to 90 pounds of fish in a single day," says NWF bear biologist Sterling Miller. He suspects that when a real bonanza is encountered, such as a whale carcass, a hungry polar bear may be able to eat more than 100 pounds of blubber and meat in a day. So if you have friends who eat like polar bears, you might tell them to watch their cholesterol. And remind them that about 80 percent of the grizzly bear's diet is made up of plenty of greens, fruit and tubers—some 200 plant species in all.