Part 2: The Truth About Animal Clichés

Here are five animal clichés that may contain more than a modicum of truth, or may be way off base

WE'VE ALL HEARD 'EM. We've all used 'em: well-worn clichés about animals that we use as metaphors to describe one another. He's quiet as a mouse. She eats like a bird. But what do these pithy phrases tell us about animals? How quiet is a mouse? How much does a bird eat? When it comes to accurately depicting animals, are those who use these colorful expressions as wise as owls or as crazy as coots? Let's take a look at some familiar animal clichés and see if there is a grain of truth, or just a grain of sand, in these pearls of wisdom. 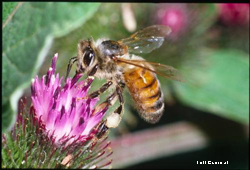 BUSY AS A BEE

Bees are very busy, if you mean honey bee workers and workers of other hive-dwelling social bees. All the bees in a hive have assigned duties. For the queen and also the males, called drones, the tasks are simple. The queen lays eggs, producing more bees, and the drones fertilize the queen. But the real busy bees are the workers, which are undeveloped females. Workers gather nectar to make honey, build the wax combs in which larvae are raised, defend the hive, feed the queen and the larvae, and when the hive gets too warm, they cool things down by flapping their wings—up to 11,000 times per minute. A big hive will include as many as 60,000 busy workers, each of which may live for about 35 days. But after that: Rest In Peace.

WISE AS AN OWL

Wise as an owl looks might be a better way to phrase it, says Ron Austing, an owl researcher. Hawks and crows are often thought of as the whiz kids of the bird world, but if appearances count, owls are at the head of their class. Owls 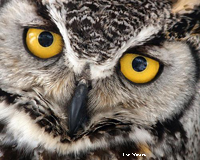 have eyes that face forward similar to ours and they look calm, indifferent and scholarly, like a judge," says Austing. The owl's reputation for wisdom traces to Greek mythology. Athena, goddess of wisdom, traveled with an owl on her shoulder. The link of owls to wisdom, at least in ancient Greece, apparently dates to 490 B.C., when King Darius I of Persia was attacking Athens. In a battle on the Plain of Marathon, 10,000 Greeks fought back and seemed to be losing when an owl soared over the field and landed on the shoulder of the Greek general, Miltiades. The Greeks took this to mean that Athena was on their side and, heartened, won the battle. After that, owls were popular in Athens. The wealthy even strolled around town with owls in cages or perched on their shoulders.


BIG AS A MOOSE

That's plenty big. The moose is the largest member of the deer family. The biggest moose come from Alaska, where they may weigh more than 1,800 pounds and stand more than 7.5 feet tall at the shoulder.

If someone says you eat like a bird and has songbirds in mind, you might consider going on a diet. "Birds are voracious eaters," says NWF chief naturalist Craig Tufts. Most birds eat 25 to 50 percent of their body weight daily. Birds have high metabolisms, burning up calories faster than a long-distance runner. Hummingbirds are probably the metabolic champs, maintaining their wing- blurring flight by eating almost continuously all day long, putting away a meal of flower nectar—supplemented with the occasional spider or insect—every 10 minutes. They must eat about twice their body weight daily, the equivalent of a 150-pound man chowing down about 1,000 quarter-pound burgers a day, bread and all. 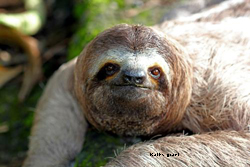 LAZY AS A SLOTH

Sloths, those tree-hanging denizens of Latin American rain forests that look like little bears suspended upside down from branches, are not lazy. They're just slow. And their slowness is a product of their metabolism, which is only 40 to 45 percent of what a biologist would expect to see in an animal a sloth's size. Everything they do is slow. On average, a sloth will move about 125 feet per day. Sloths even digest slowly, taking a full month to process the food in a full stomach.

Animal clichés, right or wrong, are the mementos of a time when we knew far less about wildlife than we do now. In many cases the phrases are what remains of long-ago beliefs and mistaken ideas, such as the fear that bats will entangle in your hair. But although scientific knowledge has undermined some of these metaphors, we still go on using them, like a leopard that can't change its spots.