Answers to our wildlife guessing game 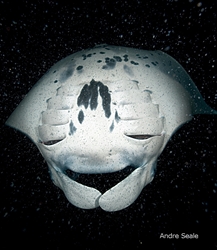 Photographer Andre Seale took this photo of a manta ray off Kona, Hawaii. 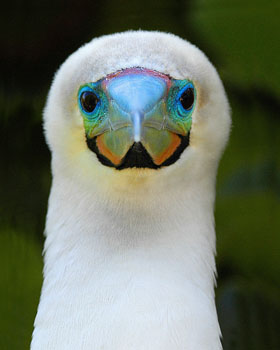 Photographer Bill Klipp found this red-footed booby sitting on a tree branch in the Galápagos Islands. These birds can be seen on many Pacific islands, including Hawaii. This picture was an entry into the National Wildlife Photo Contest. You can vote for your favorite image from this year's contest until August 14. 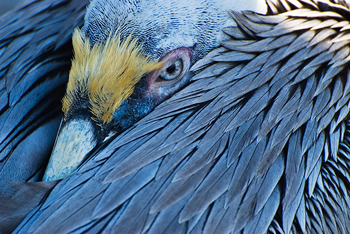 A brown pelican nestles its beak between its wings in this photograph by Kathleen M. Finnerty, an entrant in the annual National Wildlife Photo Contest. This year's contest, the 41st, is open now to entrants. 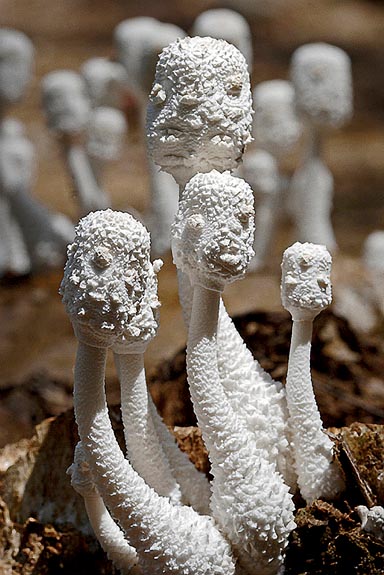 Mohan Gidwani's photo may call to mind the working end of a medieval war club or even the face of a Hollywood space alien, but it is in fact a photo of mushrooms. 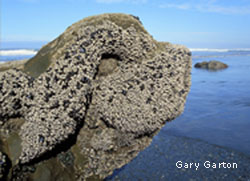 It may look like a petrified Labrador retriever, but what this image shows is a barnacle-encrusted boulder overlooking the shore of Olympic National Park in Washington state. 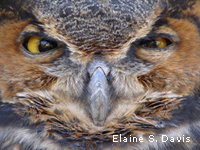 Here we have the working end of a great horned owl, a large raptor common across much of the United States and an eager hunter of rodents. The bird's sharp beak is backed up with even sharper claws. 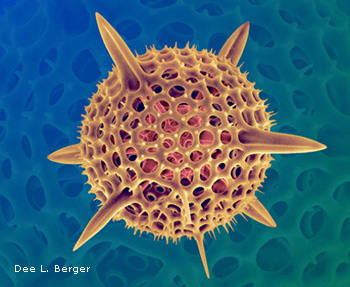 This fossilized Antarctic radiolarian—a single-celled animal found in all the world's oceans—was photographed through a scanning electron microscope by Dee L. Breger. 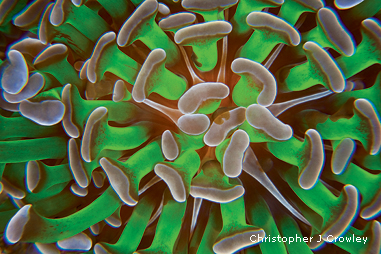 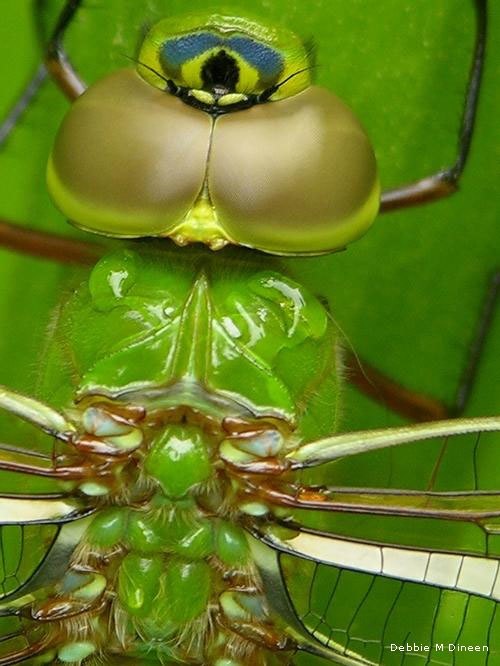 Debbie M. Dineen of Sudbury, Massachusetts, was visiting a local nature center when she spotted this dragonfly perched on a pitcher plant. The insect stayed put long enough for Dineen to make this closeup image, which resembles a creature from outer space. 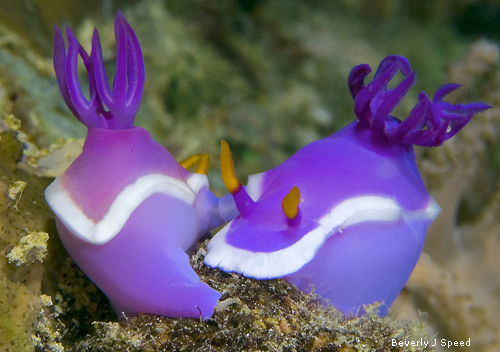