News of the Wild: Polar Bears, Scorpions and Fairy-Wrens

From the June/July 2011 issue of National Wildlife 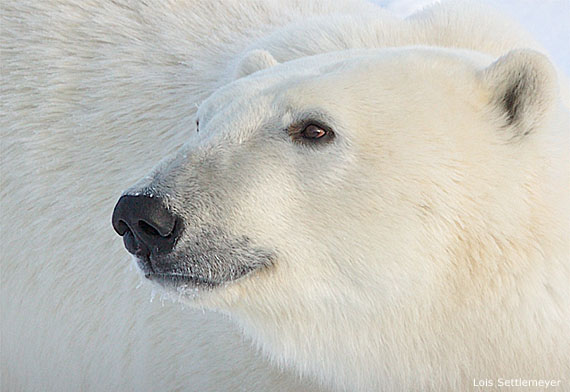 Will the Arctic Be (Polar) Bearable?

Polar Bears International (PBI) recently ran climate models that examined trends from 2000 to 2100 and found that at current levels of greenhouse gas emissions, global warming will cause Arctic sea ice to melt away rapidly in the 2020s—bad news for polar bears, which hunt only from the ice and would decline 66 percent by 2050 under those conditions.

However, a second model showed that sea ice would begin to recover after 2020 if greenhouse gases stopped rising by that year. In that case, the bears would decline only slightly in number, suggesting that cutting back emissions could save the polar bear, says PBI’s Steven Amstrup.

On a more somber note, researchers at the University of Alberta have linked polar bear litter size in the Hudson Bay area with sea ice decline. Loss of sea ice reduces the hunting success of pregnant bears there and can cause the hungry animals to abort their young. In one study, 28 percent of food-deficient pregnant polar bears in the bay area failed to produce cubs.

The Way to a Fairy-Wren's Heart

“The Type II song is some kind of advertisement,” says Emma Greig, a researcher at Cornell University who led the study. “Whether it’s a territorial song or a courtship call, we don’t know.”

What the researchers do know, Greig says, is that “female fairy-wrens are more attentive and more alert when they hear a Type II song given with a butcherbird song, and they tend to respond to the Type II song more often” under that condition. She and colleagues at the University of Chicago believe that male fairy-wrens are using the predator’s call to get the focused attention of potential mates and rivals. Greig is continuing to study the birds to determine if the Type II song is a courtship call and whether the practice of piggybacking on other species’ songs occurs in other birds.

Scorpion Glow May Be a Warning

Although they are nocturnal predators dependent on stealth, scorpions emit a green glow when exposed to ultraviolet light emitted by stars—making them a dead giveaway to their prey. As reported recently in the Journal of Arachnology, the glow may benefit scorpions nonetheless.

Experiments indicate that glowing scorpions restrict their nighttime movements rather than hunt widely. The glow seems to serve as a warning—scorpions can’t see ultraviolet starlight, but they can see their own green glow, a signal that the night is too bright for hunting. On dark nights, when scorpions lack the glow, they wander more freely.