From the Delaware coast to Oregon’s high desert, here are five federal facilities that experts say are good destinations for any nature photographer—plus tips to get the most out of a visit 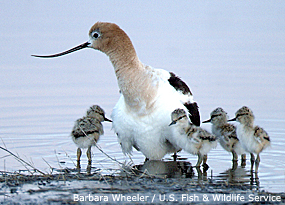 IT’S BEEN CALLED one of the nation’s best-kept secrets, but the National Wildlife Refuge System has long revealed its charms to professional nature photographers. “No other country offers such a wide range of diverse, protected habitats where you can get close to so many different kinds of native plants and wild animals,” says National Wildlife Photo Director John Nuhn. “And no matter where you live in the lower 48 states, chances are there’s a wildlife refuge within a day’s drive or less.”

Since 1903, when federal authorities designated Florida’s Pelican Island as the first U.S. National Wildlife Refuge (NWR), the system has grown to 553 facilities and more than 150 million acres of protected lands. In 1997, Congress passed the National Wildlife Refuge Improvement act, requiring refuge managers to open up their lands to certain forms of recreation—including photography—as long as those activities don’t interfere with the primary goal of conservation. “We’re not talking about throwing Frisbees or hosting weddings on the beach,” says Matt Poole, a ranger at Parker River NWR in Massachusetts, who also teaches photo workshops. “But conservation and recreation aren’t mutually exclusive.”

So what makes a particular refuge a photographer’s paradise? According to Washington professional photographers Tom and Pat Leeson, who visited nearly 100 of the federal reserves while working on the book America’s Wildlife Refuges: Lands of Promise, the best sites not only have a great abundance of animals but also wildlife that is relatively tolerant of people. And they have structures such as viewing platforms or blinds that help photographers focus closer on their subjects. Following are five—recommended by the Leesons and refuge staff—that combine photogenic species with accessibility:

Created more than a century ago as a breeding ground for several native bird species, Malheur encompasses 180,000 acres of Oregon’s high desert. The birds start arriving in March: pintail ducks and tundra swans arrive first, followed by snow geese and sandhill cranes. By May, a variety of warblers, vireos, tanagers and buntings can be seen near the refuge headquarters and other locations. Because the facility is so large, rangers recommend taking a 42-mile self-guided car tour to see the wildlife. As at most of the refuges, travelers also should check in at the visitors’ center to find out which areas are best at a given time for photographing different species.

Known to early settlers as “the great Wisconsin swamp,” Necedah is the state’s largest wetland bog and home to a spectacular array of species, including trumpeter swans, red-headed woodpeckers and endangered Karner blue butterflies. Perhaps most notable for photographers is the refuge’s whooping crane captive breeding program, where the critically endangered birds are bred and reared in captivity, then released into the refuge to spend autumn in the company of other wild whoopers. When the weather turns cold, the young birds fly to Florida, guided by ultralight airplanes. Since 2001, ten groups of cranes have made the long trip south through the program. Necedah’s rangers maintain a “hot spots” map, which guides photographers and other visitors to the places where they are most likely to see cranes and other wildlife. 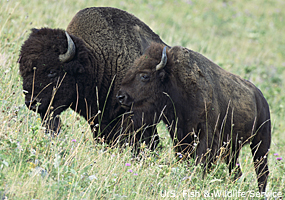 Established in 1908, Montana’s National Bison Range is one of the oldest wildlife refuges in the country. Its 18,500 acres of prairie, forest and marsh are home to a herd of nearly 500 American bison, which share the land with pronghorn, black bears, coyotes and elk, as well as 200 bird species. Tom and Pat Leeson count the facility among the very best refuges for photography, in part because much of its wildlife is accessible year-round. “We’ve been there just about every time of the year and have always made some great photos,” says Tom. Bison, after all, are just as photogenic in the snow as in a grassy field.

One of the Atlantic Coast’s best wetland habitats for migrating birds, Delaware’s Prime Hook also is well designed for photographers. Two observation platforms overlook prime viewing areas—a salt marsh and a freshwater impoundment—that allow visiting birders to get good looks at the flocks of shorebirds and waterfowl crowding together. A photo blind also overlooks the impoundment. The refuge is home to bald eagles and peregrine falcons, along with more than 250 other bird species and dozens of mammal and reptile species.

Wildflowers, not wildlife, are the reasons to visit this Iowa refuge. Created by Congress in 1990 to re-create 8,000 acres of native tallgrass prairie and oak savanna, Neal Smith also is the site of a program to collect, store and propagate rare native plant seeds. “There are nice pathways where wildflowers are cultivated,” says Pat Leeson, who visited the refuge during an August photo trip. She found that the tallgrass lived up to its name: “I had to carry a step stool so I was tall enough to take pictures.” Where there are flowers, there are butterflies, and this refuge is a haven for the colorful insects. “It’s very child-friendly,” adds Leeson.

Hannah Schardt is a senior associate editor for Ranger Rick.

Getting Good Images at Refuges

A ranger at Massachusetts’ Parker River National Wildlife Refuge, Matt Poole also is an avid photographer who for the past several years has taught nature photography workshops to teens and adults. Among his tips for taking pictures of wildlife are: 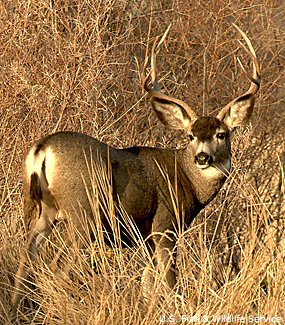 Use your car as a blind. In many refuges, visitors are confined to the main driving routes and a few paths to avoid disturbing fragile habitat. Fortunately, Poole observes, many sites are designed and managed to allow visitors to view wildlife easily from the roads—frequently from inside their cars. “The automobile is one of the most effective blinds there is,” he says. “If you pull over and stay in your vehicle while using your camera, birds won’t fly away. Just by getting out, you’re likely to scare them away. They’re afraid of people but they’re habituated to cars.”

Know your subject. “More than anything, the more you can know about the critters you want to photograph, the more successful you’re going to be,” says Poole. He suggests stopping at the visitors’ center and talking to the rangers on duty; they will know where animals are congregating. A good field guide will also help you figure out when and where your subjects will be most active.

Include sunrise or sunset in your visit. Most photographers know that the best lighting conditions for taking pictures usually occur around dawn and dusk. In a happy coincidence for nature photographers, many animals also are most active at those times of day.

Think outside “the money shot.” Poole points out that most people don’t own the huge, expensive lenses that would allow them to bring distant wildlife up close through the viewfinders of their cameras. But this doesn’t mean they can’t get great nature photographs. He recommends paying greater attention to the more accessible wild things around you, such as butterflies and other insects, and native plants and landscapes.