News of the Wild: August/September 2012 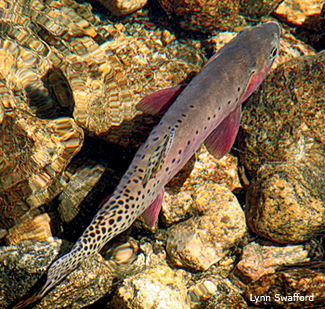 The Secrets of Trout Travel

Ear bones (otoliths) are the key to discovering which local habitats are used by westslope cutthroat trout living in large river systems, according to a study released in the Canadian Journal of Fisheries and Aquatic Sciences. The researchers recorded chemical variations, or isotopes, peculiar to specific sites within a river system and that turn up in the ear bones of fish that live in the sites. Because otoliths grow in chronological rings, as happens in trees, the sequence in which the isotopes appear in the bone indicates when and where a fish lived during its entire history.

“As fish grow and move into new environments, the otoliths record that information, and we matched that with stream statistics to reconstruct the entire life cycle of a fish,” says Clint Muhlfeld, a U.S. Geological Survey scientist and lead author of the study. The westslope cutthroat trout is an important native fish species in western North America, where its populations have declined. “This approach could be very useful in understanding life history strategies and conservation needs of freshwater fishes worldwide,” Muhlfeld says.

Snap! The World’s Most Powerful Bite 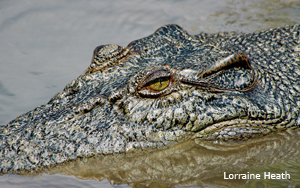 Scientists at Florida State University have established that the Australian saltwater crocodile has the most powerful bite ever measured among living species.

For 11 years, biology professor Gregory Erickson and his colleagues measured the bite force of every known species of alligator and crocodile, placing a bite-force device between the back teeth. A 17-foot Australian saltwater crocodile took top honors with a bite force of 3,700 pounds, beating a 2,980-pound value for a 13-foot wild American alligator.

“If you can bench-press a pickup truck, then you can escape a croc’s jaws,” Erickson says. Human bite force checks in at a puny 225 pounds. 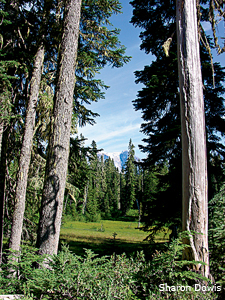 Loss of biodiversity appears to rival climate change and pollution as a threat to ecosystems, according to research published recently in the journal Nature. The study is the first comprehensive effort to compare directly the impacts of biodiversity loss with the anticipated effects of other human-caused environmental changes.

“Some people have assumed that biodiversity effects are relatively minor compared to other environmental stressors,” says biologist David Hooper of Western Washington University, the lead author of the paper. “Our new results show that future loss of species has the potential to affect plant production just as much as global warming and pollution.”

The results highlight the need for stronger local, national and international efforts to protect biodiversity, according to the researchers, who are based at nine institutions in the United States, Canada and Sweden.