News of the Wild: October/November 2012 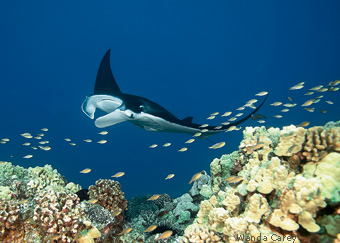 The research highlights the need for nontraditional alliances—among marine biologists and foresters, for example—to address whole ecosystems across political boundaries.

The U.S. Fish and Wildlife Service (FWS) reports that North American duck numbers are at a record high, with an estimate of 48.6 million compared to last year’s 45.6 million.

Conducted by FWS and Canadian Wildlife Service biologists, the annual count samples more than 2 million square miles of waterfowl habitat. Estimates for the north-central United States, Alaska and south-central and northern Canada indicate that mallards, gadwalls, green-winged teal, canvasbacks and lesser and greater scaup are up more than 10 percent from 2011. The news isn’t all good, however: The northern pintail, at 3.5 million birds, is down 22 percent from last year. The survey of the northeastern United States and eastern Canada shows that mallards, goldeneyes and ring-necked ducks declined. 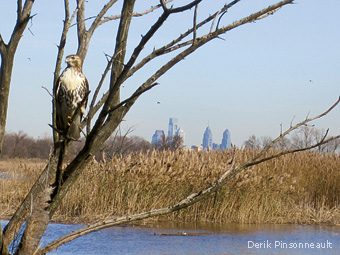 A new FWS study indicates that proximity to one of the nation’s 556 national wildlife refuges can increase a home’s value.

Economic researchers at North Carolina State University working on behalf of FWS looked at about a dozen refuges in each of three regions of the country. They found that location of a home within half a mile of a refuge and within eight miles of an urban center increased home values by roughly 7 to 9 percent in the Southeast, 4 to 5 percent in the Northeast and 3 to 6 percent in the FWS California/Nevada region.

The researchers surmised that refuges boost property values in the selected regions because refuges protect against future development while preserving scenic vistas and open spaces.