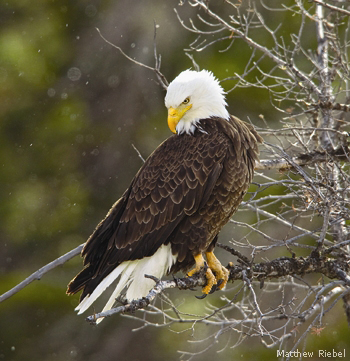 THE UPCOMING PRESIDENTIAL AND CONGRESSIONAL ELECTIONS will have far-reaching consequences for America’s wildlife. Policy and funding decisions made in Congress and by federal agencies in the months to come will shape the fate of key wildlife habitat and the environment from coast to coast.

At a time when elected officials should be uniting to promptly tackle the serious threats facing the nation’s wildlife, lawmakers have become more divided than ever. The past two years have seen an unprecedented tug-of-war between those who think we aren’t doing enough to conserve habitat and our environment, and those who think we have gone too far.

Since 2011, the U.S. House of Representatives has voted more than 280 times to weaken clean air, clean water and wildlife protections. Many of these measures were designed to halt progress being made to safeguard wildlife by the Department of the Interior, Environmental Protection Agency (EPA) and other federal entities. Because of opposition from Congress, the president or both, few of these bills have become law. More often than not, only a handful of votes on Capitol Hill determined whether or not the measures passed, which is why the upcoming elections are especially important for the future of wildlife.

As a 501(c)(3) nonprofit organization, the National Wildlife Federation is not permitted by law to endorse, support or oppose candidates for public office. However, we can provide information to help you make informed decisions.

The U.S. government makes investments in protecting our shared environment that we all benefit from every day. These investments account for only about 1 percent of all federal spending, but they deliver huge benefits by enforcing air pollution standards, by improving water infrastructure to keep our lakes and rivers clean and our drinking water safe, and by managing our national parks and other public lands. Unfortunately, the inability of lawmakers to reach an agreement on spending has left wildlife-conservation programs subject to an oversized budget axe. Unless a fair and comprehensive budget deal is reached, vital efforts to protect and recover wildlife, restore the Everglades, Great Lakes and Chesapeake Bay, and address the maintenance backlog in our national parks and wildlife refuges will be stymied. One option that Congress is considering will save taxpayers billions of dollars every year is eliminating subsidies and loopholes for oil and gas, mining and other special interests.

Close Call for Conservation Funding: In 2011, the House voted on a measure introduced by Representative Cynthia Lummis (R-WY) that would have cut funding for the Land and Water Conservation Fund (LWCF) by more than 90 percent. The LWCF is financed by oil-development royalties and has provided critical funding for some of the most cherished places in our nation, from Grand Canyon National Park to Gettysburg National Military Park to Mount Rainier National Park. How close was the vote? The final tally was 213 votes in favor of the measure, and 216 against.

What's at Stake? Learn more about what wildlife conservation investments in the federal budget protects >> 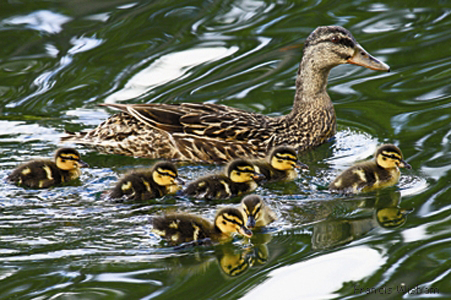 River otters, migratory songbirds and waterfowl, various fish and amphibians and countless other species depend on healthy wetlands, lakes, rivers and streams. But as many as 20 million acres of the nation’s waters and wetlands have been left susceptible to development and pollution. The U.S. Army Corps of Engineers and EPA are considering an important and overdue roadmap for implementing the Clean Water Act, but some developers and other special interests are vigorously opposed, instead favoring a patchwork of state regulations that could produce conflicting goals and priorities.

EPA, often in partnership with the states, is helping make more and more of our waters fishable, swimmable and drinkable, leading to benefits for local economies, recreation and wildlife. One crucial decision still pending is whether to allow development for what would be North America’s largest open pit gold mine in the watershed of Bristol Bay, Alaska, where subsistence and sport fishing are vital to the local economy.

Toxic pollution in our waters? If anything should unite members of Congress, it is keeping toxic mercury out of our waters, so the fish we catch and buy are once again safe to eat. In 2011, however, Senator James Inhofe (R-OK) offered a measure to block EPA’s new smokestack standards for mercury and other hazardous pollutants. Inhofe’s effort failed 46 to 53, just a handful of senators shy of blocking these common-sense efforts.

As we approach the 40th anniversary of the Endangered Species Act (ESA), conserving the nation’s wildlife has never been more challenging. The ESA has long been a safety net for critically imperiled wildlife and a success story for conservationists, saving 99 percent of all listed species from extinction, as well as successfully recovering bald eagles, alligators and many other species. Last year, bipartisan support in Congress maintained some of the law’s strongest provisions, but pressure from developers continues to discard science and weaken the law.

Endangered Species Act: When a 2011 spending bill came to the House floor, it contained an unprecedented stop-work order for the U.S. Fish and Wildlife Service that would have prohibited science-based listing of new plants and animals and designation of critical habitat under the ESA. The bill would have blocked protections for species currently awaiting listing decisions, such as the wolverine, Rio Grande cutthroat trout and Pacific walrus. A bipartisan amendment offered by Representatives Mike Fitzpatrick (R-PA) and Norm Dicks (D-WA) stopped this attack on the law, but the thin margin of victory—224 to 202—could lead to further attempts to weaken the ESA in the next Congress.

As changes in climate have rapidly thrown ecosystems out of balance, nature has been providing an early warning system, alerting us to the dangers that lie ahead if we don’t curb greenhouse gas pollution. The strain of drought, storms, altered seasons and higher temperatures is becoming evident in dying forests, dry streambeds and premature growing seasons in many areas of the country and abroad. By acting now to curb carbon pollution from the burning of coal, oil and gas, the nation can protect thousands of wildlife species that otherwise would be in jeopardy.

Bold new approaches can put U.S. citizens to work building renewable energy resources, installing technologies that waste less energy, and safeguarding our lands, waters and wildlife from changes that already are underway. The alternative is to do nothing and watch as our addiction to fossil fuels grows, leading to new pressure for Congress to open up protected areas to oil and gas leasing in areas such as Alaska’s Arctic National Wildlife Refuge, and coastal waters along the East and West Coasts. This same thinking led Congress to create legal drilling loopholes that allow companies using chemicals for hydraulic fracturing to remain exempt from provisions of the U.S. Clean Water Act and other key environmental laws, even though their actions can put drinking water supplies at risk.

In the past two years, EPA has taken important steps to begin curbing carbon pollution from smokestacks and tailpipes, as required under the bipartisan federal Clean Air Act. Nearly 3 million U.S. citizens have weighed in to support these efforts—the largest outpouring of public support for an environmental measure in the nation’s history. But EPA’s efforts currently are under attack from polluters, who have found a number of allies in Congress.

Slimmest of margins: It doesn’t get any closer than a tie vote in the 100-member U.S. Senate, but that is what happened in 2011 when minority leader Mitch McConnell (R-KY) offered an amendment to alter the Clean Air Act. The amendment would have erased the scientific finding made by EPA that greenhouse gases endanger human health and the environment. It also would have prohibited EPA from taking any action to address the heat-trapping emissions of carbon and other greenhouse gases. The final vote: 50 for, 50 against, meaning that Senator McConnell’s amendment failed. 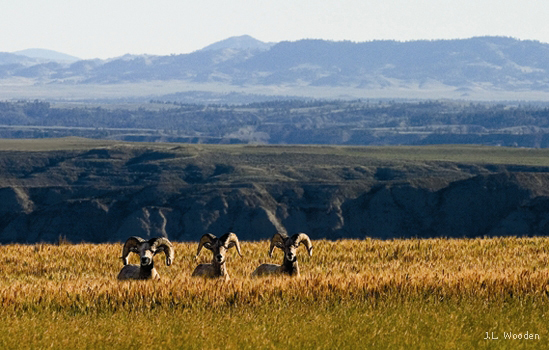 As development and oil and gas drilling increase across much of the West, grizzlies, wolves, elk, bison, bighorn sheep and many other wildlife species increasingly depend on habitat in protected public lands. Senate races in states such as Montana and New Mexico will have a major impact on whether wilderness proposals advance next year, and conversely, on whether the government sells off some public wild lands, as members of the Utah congressional delegation propose.

The president and his cabinet play an enormous role in managing public lands. Sixteen presidents of both parties have used a 1906 federal law called the Antiquities Act to protect landscapes as diverse as the Grand Canyon, Mount St. Helens and, most recently, Forts Monroe and Ord in Virginia and California. Beyond designating new monuments, the next administration also will face critical decisions regarding the fate of roadless areas in U.S. National Forests. At stake: 30 percent of the national forest system in 38 states.

Children in the United States today spend an average 7.5 hours daily in front of television, video games and other electronic media, while spending less time outdoors than any generation in human history. Two federal initiatives currently being considered by Congress will help reverse this trend and help ensure that the next generation grows up caring about protecting the natural world: The No Child Left Inside Act, which would promote outdoor, hands-on experiential learning and understanding of the natural world through a grant program available to schools in all 50 states; and the Healthy Kids Outdoors Act, which would engage children and families beyond the school day by supporting outdoor recreation programs that include wildlife-watching and community gardening. Increasingly politicians of both parties recognize the need to reverse the indoor child epidemic, but leadership will be needed from Congress and the White House to advance these proposals and raise public awareness of the need to get kids back outdoors.

“One of the most important things people can do to help protect wildlife is to engage in the political process by voting,” says NWF President Larry Schweiger. “We need to press candidates of both parties and at all levels of government to put forward their plans on how the nation can better protect its natural resources for future generations.”

Putting Conversation On the Ballot

Ballot measures provide voters with opportunities to enact conservation policies that can have positive impacts on wildlife and habitat at the state and local levels. In the 2010 elections, citizens in five states—Georgia, Iowa, Maine, Oregon and Rhode Island—approved new referendum to promote investment in open space, land protection and energy efficiency. Californians also defeated a measure to roll back implementation of the state’s landmark clean-energy protections.

This year, residents in a number of states will have similar opportunities to make conservation progress at the ballot box. In Michigan, for example, citizens will determine the fate of an initiative requiring that 25 percent of the state’s energy come from renewable sources such as wind and solar by 2025. If it passes, the new standard would provide a boost to clean-energy jobs and the economy while also reducing pollution.

Pledge to vote for wildlife on November 6. >>

NWF's sister organization, the National Wildlife Federation Action Fund is committed to supporting conservation candidates at the federal level. Learn more about the elections that could make a difference for our natural world this year: www.nwfactionfund.org
Take the Pledge: Vote Wildlife-friendly
Celebrate the Clean Water Act's 40th Anniversary
Conservation Works: 7 Conservation Investments that Work for Wildlife