Four years after BP oil spill, region is yet to be restored 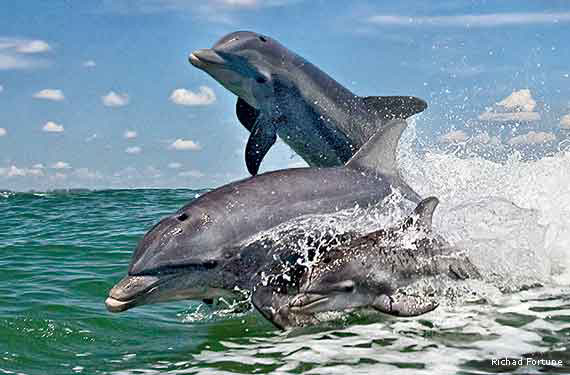 WILDLIFE CONTINUE TO SHOW EFFECTS potentially linked to the 200 million gallons of BP oil dumped into the Gulf of Mexico beginning in April 2010, says NWF’s report Four Years into the Disaster: Still Waiting for Restoration.

Since the spill, in the region, about 900 bottlenose dolphins (above) and 1,500 sea turtles have died; loons have tested positive for toxic chemicals; sperm whales have been found to contain high levels of metals; and Louisiana oyster and seaside sparrow populations have declined. Oil from the disaster also has been shown to cause cardiac arrest and developmental deformities in bluefin and yellowfin tuna, and oil and dispersant have been discovered in eggs of white pelicans that winter in the Gulf yet nest in Minnesota.

Meanwhile, in March, a ship collision leaked as much as 168,000 gallons of oil into Texas’ Galveston Bay during spring bird migration, and BP was allowed to resume drilling in the Gulf.

“The disaster is not over,” says Ryan Fikes, NWF scientist and the report’s author. “BP’s fines must be used to restore the Gulf.” Download the report and learn more at www.nwf.org/oilspill.