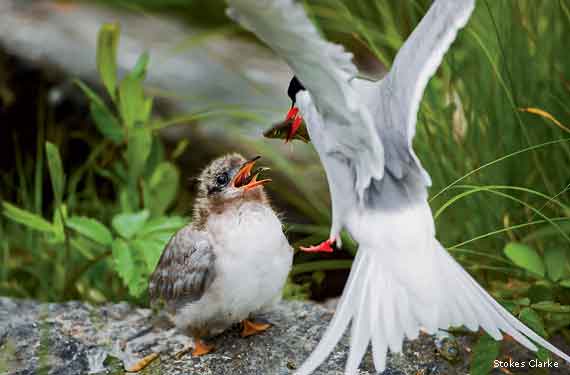 BEFORE THIS ARCTIC TERN NESTLING could swallow even one fish, its parent arrived with another. “It took the youngster at least 10 minutes to consume that first fish,” says Stokes Clarke, who photographed the birds during summer at a freshwater marsh near Anchorage, Alaska.

After nesting season, Arctic terns migrate from their Far North breeding grounds to Antarctica and then return the following summer to nest again—the longest recorded round-trip migration of any animal on Earth.