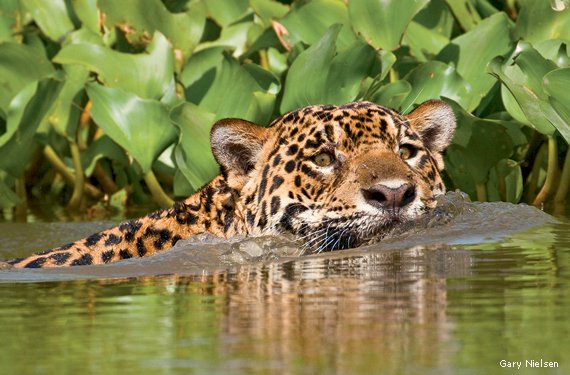 The world’s forests provide critical wildlife habitat that currently absorbs as much as 30 percent of human-generated carbon emissions. Yet for the past decade, an area of forest the size of Costa Rica has been destroyed annually. The Federation is working with its affiliates and other partners, including forward-thinking corporations and private landowners, on the following initiatives to protect woodlands in the Americas from unsustainable harvesting and fragmentation:

• As a founding member of the Forest Stewardship Council (FSC), NWF has been promoting sustainable forestry and timber practices globally since 1994. The FSC certification helps ensure that wood products are environmentally sound. 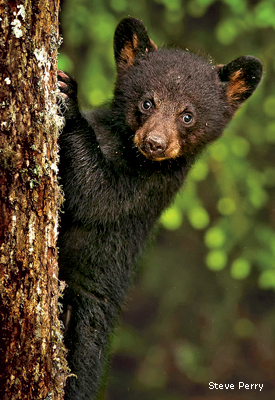 • Since 2007, NWF and its affiliate the Alabama Wildlife Federation, with funding from Southern Company through its National Fish and Wildlife Foundation partnership, have worked with private landowners to restore more than 9,000 acres of rare longleaf pine habitat in the Southeast. These woodlands are home to animals such as black bears (above, left) and endangered gopher tortoises and red-cockaded woodpeckers. NWF has also provided educational and technical assistance to underserved and minority landowners managing their own longleaf pine forests.

• Fuels, heat and power made from grasses, wood pellets and other organic materials have the potential to reduce our carbon footprint, but only if they are grown, harvested and used sustainably. In 2007, the Federation helped establish the Roundtable on Sustainable Biomaterials, a voluntary global certification standard for such materials. NWF also produced pivotal studies that examine the implications of using wood pellets from the Southeast as a fuel source on biodiversity and climate change. Species being impacted include northern bobwhite quail and long-tailed weasel.

• During the past decade, Brazil has lost more tropical forest than any country, mainly due to cattle ranching. To protect these forests and the animals that live there (such as the jaguar, above), NWF is working with Brazilian ranchers and international companies to obtain commitments that they will produce only forest-friendly products that can be traced from ranch to market.

• NWF, after working with governments and nonprofit organizations for more than a decade, helped ensure that the United Nations adopted the Warsaw Framework for Reducing Emissions from Deforestation and Forest Degradation (REDD+). This agreement, adopted in November 2013, sets rules for compensating countries for reducing deforestation and includes protections for indigenous peoples.

“Forests are some of the world’s most biologically diverse and critical ecosystems,” says Barbara Bramble, NWF’s senior advisor for international affairs. “We and wildlife need them for clean air, clean water and as a carbon sink, and they need us to protect them.”

NWF is a leader in global forest conservation. Go to www.nwf.org/deforestation and www.nwf.org/forests-and-farms to learn more.

The organizations’ issue brief, Migratory Birds and Tar Sands, cites 130 internationally protected species that tar sands development threatens. Of these, at least 43 have suffered fatalities from exposure to toxic tailing ponds, including at least 2,000 ducks. Others at risk include great blue herons, snow geese, trumpeter swans and pileated woodpeckers.

Open-pit tar sands mines, drilling operations and infrastructure are being planned for a Florida-sized portion of Canada’s boreal forest that is also prime bird breeding habitat. However, the report states that the U.S. Department of the Interior is bound by the Pelly Amendment to determine whether tar sands development undermines treaties that protect wildlife. “Interior Secretary Sally Jewell and President Obama must send a message to Canada that it is unacceptable to erode our shared wildlife heritage,” says Jim Murphy, NWF senior counsel and coauthor. 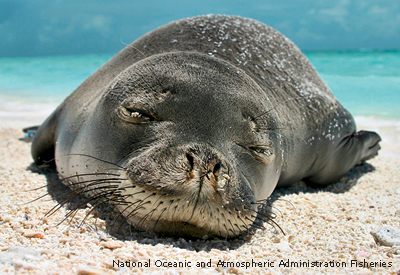 After several years of encouragement from NWF, its affiliate the Conservation Council for Hawai‘i, native Hawaiians and other conservation leaders, the International Union for the Conservation of Nature (IUCN) has decided to host its 2016 World Conservation Congress (WCC) in Hawai‘i. This is the first time since the IUCN’s founding in 1948 that it will hold the WCC in the United States.

Held every four years, the WCC brings together conservation and government leaders to decide on solutions to pressing environmental issues that range from climate change to declining species. The U.S. Fish and Wildlife Service already lists more than 500 native Hawaiian species, including monk seals (above), as threatened or endangered. 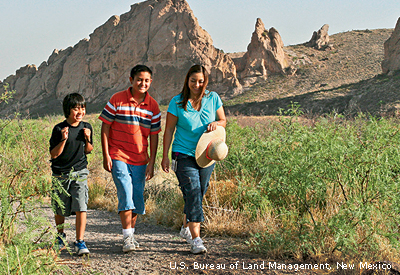 In 1914, Aldo Leopold founded an organization with outdoorsmen to keep wild lands accessible to sportsmen then and for future generations. That organization, now NWF’s affiliate the New Mexico Wildlife Federation(NMWF), has many conservation success stories to celebrate.

Among these are helping protect more than 2 million acres of public land, including working to obtain national monument status for its state’s Rio Grande del Norte in 2012 and Organ Mountains-Desert Peaks (left) in May. It also helped to protect Valle Vidal, a lush mountain basin in the Carson National Forest, from natural gas development. These public lands are home to elk, bighorn sheep, mule deer, mountain lions, golden eagles and other wildlife.

“We’ve been working on behalf of New Mexico sportsmen, habitat and wildlife for a century and we have every intention of doing the same for another 100 years,” says NMWF President John Crenshaw. Go to www.nmwildlife.org to learn more.

In April, the NWF Board of Directors selected Kentucky Waterways Alliance (KWA) as its 49th state affiliate. KWA has collaborated with the Federation and other regional affiliates on water and habitat conservation issues for more than five years. The alliance will celebrate becoming an NWF affiliate at its upcoming BBQ, Bourbon and Blues Gala on October 10. Go to kwalliance.org to find out more.

Offshore wind power in the United States may finally be obtainable, says a new report NWF released with more than 40 other organizations—including nine Federation affiliates—as well as leaders from business, labor and state and local governments along the coast. Catching the Wind: State Actions Needed to Seize the Golden Opportunity of Atlantic Offshore Wind Power  highlights states’ progress in pursuing offshore wind and outlines steps needed to bring this renewable energy source online.

The federal government has designated more than 1.5 million acres off the Atlantic Coast for wind energy development, enough to power 5 million homes and create thousands of jobs while cutting pollution. The report calls on Atlantic state leaders to spur responsibly developed offshore wind projects forward in these areas.

“This is a golden opportunity to create a clean energy future that will help protect our wildlife and communities from the dangers of climate change,” says Catherine Bowes, NWF’s senior manager for climate and energy. 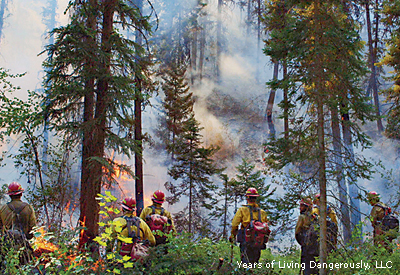 NWF is the education partner for Years of Living Dangerously, the Emmy-nominated Showtime documentary series that, through stunning imagery and storytelling, depicts the global impacts of climate change on our lives and critical wildlife habitat, from increased violent storms and fires (right) to sea level rise and droughts. From Executive Producers James Cameron, Jerry Weintraub and Arnold Schwarzenegger, the series brings together respected journalists and leading Hollywood stars to explore the issues of climate change and is now available on DVD and video on demand.

NWF has developed online lesson plans and other resources that correspond to the science and issues presented in the series, encourage students to analyze the relevance of climate change to their daily lives and investigate how they can be part of the solution for people and wildlife. Case studies and other materials also are available for college and university students to help them demonstrate leadership in advancing sustainability.

“We see many signs of inspiration coming from students who viewed the series,” says Carey Stanton, NWF’s senior director of education. Go to www.climateclassroom.org/years to download these educational resources and watch corresponding videos.