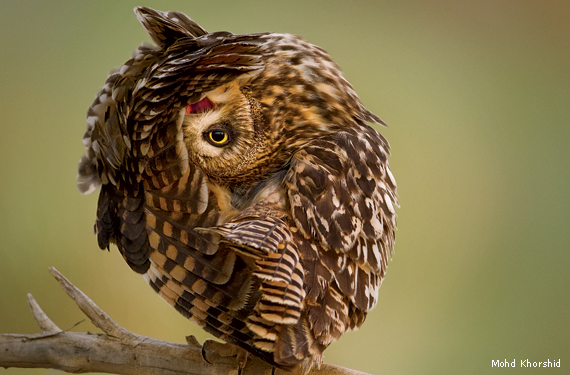 IN KUWAIT, A SHORT-EARED OWL preens itself atop a tree branch. Mohd Khorshid photographed the bird during autumn in the Al-Jahra Pool Nature Reserve, a 618-acre protected area that shelters the country’s only significant nonmarine wetlands.

“It was my lucky day,” says Khorshid. “I was able to take several photos of the bird, and when I saw this one, I thought, ‘Wow! This is my dream shot.’”

His image was awarded Honorable Mention in this year’s photo contest.