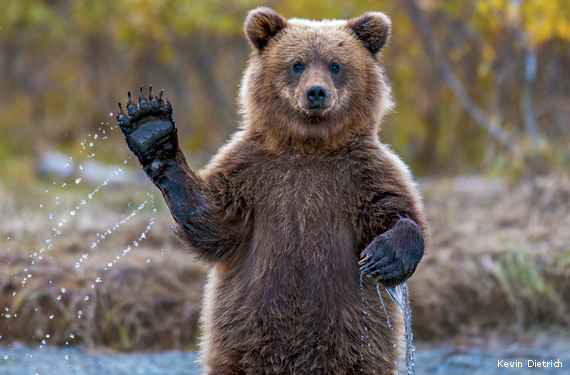 WHILE WATCHING ITS MOTHER dive for salmon in southeastern Alaska’s remote Crescent River, this brown bear cub stood on its hind legs and seemingly waved at photographer Kevin Dietrich, who was observing the scene from a safe distance away.

“We made eye contact several times, but clearly the cub was more interested in fish than in me,” he says. “I watched it eat several salmon over the course of an hour. It was an experience I’ll never forget.”