Action Report: How NWF and Its Affiliates Are Making a Difference

From restoring and protecting habitat to connecting kids to nature, NWF and its affiliates are working for wildlife 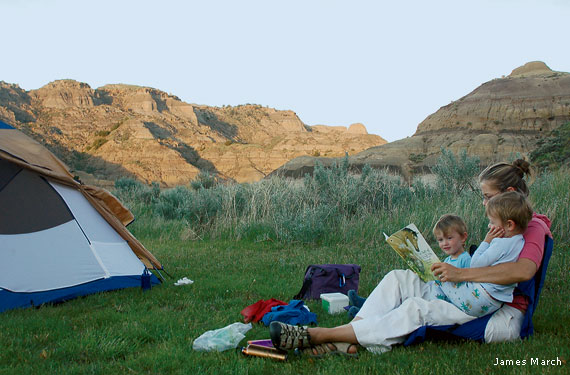 To encourage Americans to explore the outdoors and appreciate nature, states across the nation proclaim June as Great Outdoors Month™. Since 2008 the National Wildlife Federation has been a key partner in this effort, which now includes events such as National Trails Day (June 6) and National Fishing and Boating Week (June 6 to 14).

NWF’s Great American Campout™, now in its 11th year, will run from June 27 through September 7. By pledging to camp outdoors during that time—whether in a national park or your own backyard—you will not only be honoring the outdoor spirit, you’ll be aiding wildlife conservation.

For every person who pledges to participate in the Great American Campout this year, supporters will give NWF a $1 donation, up to $100,000. This money is designated to support NWF’s conservation mission, so your pledge to participate generates funds for wildlife.

Of course, camping yields its own rewards. For Sarah and James March, it offers a chance to enjoy special time with their two sons (above). “We enjoy nature and wildlife,” says James, “and
we are far more immersed in it while camping.”

You can pledge to camp, read tips about camping and learn about public campout events at www.nwf.org/campout. To learn more about Great Outdoors Month events, visit www.greatoutdoorsmonth.org.

During National Wildlife Week in March, NWF named the top 10 U.S. cities that strive to protect wildlife. Per capita, these cities have the most NWF Certified Wildlife Habitats®, Schoolyard Habitats® , Eco-Schools and parkland. Topping the list is Austin, Texas. See all the cities that made the cut.

Officials at BP insist the Gulf of Mexico is “rebounding” from the oil company’s 2010 oil spill. However, NWF’s new report Five Years and Counting: Gulf Wildlife in the Aftermath of the Deepwater Horizon Disaster finds otherwise.

The report discusses impacts on 20 species. For example, dolphins off Louisiana are dying at four times historic rates, nests of Kemp’s ridley turtles are declining and corals are showing oil damage. Download the full report from www.nwf.org/FiveYearsLater. 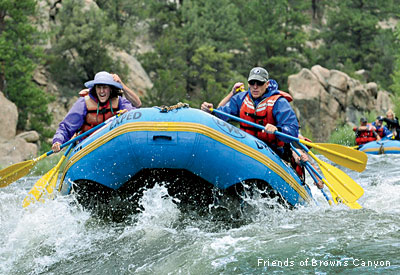 In February, President Barack Obama designated Colorado’s Browns Canyon as a national monument, protecting its 22,000 acres and 14 river miles from development, including mining. Having worked for decades to secure this designation, NWF is celebrating the news.

Bill Dvorak, a public lands organizer for NWF, has led rafting expeditions on the river for three decades, recently with former Senator Mark Udall and his wife, Maggie Fox (above). During the past 23 years, Dvorak has also worked with the Friends of Browns Canyon and many other organizations to encourage permanent protection for the site. In 2013, Senator Udall introduced a bill with Senator Michael Bennet to name Browns Canyon a national monument, and recently, Udall, Bennet and Colorado Governor John Hickenlooper asked President Obama to designate the canyon as such under the Antiquities Act.

It took a lot of work by many people over more than two decades to get to this point, and we’re grateful that the president responded to the overwhelming support here in Colorado and across the country,” says Dvorak. Learn more about NWF’s efforts to protect public lands at www.nwf.org/publiclands.
Protecting the Arctic Refuge
NWF and affiliates gather support to name Alaska’s coastal plain as wilderness 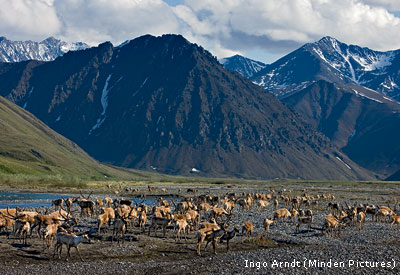 Earlier this year, the Obama administration took a historic step toward protecting some of Alaska’s most precious wildlife habitat by calling for the entire Arctic National Wildlife Refuge—nearly 20 million acres along the state’s northern coastal plain—to be designated as wilderness.
The U.S. Fish and Wildlife Service had recommended this designation, and NWF has long supported the move. For five years, the Federation has joined NWF affiliates the New Jersey Audubon Society and Minnesota Conservation Federation as well as other groups in calling for the wilderness designation, collecting more than a million comments of support.

The coastal plain is the birthing grounds for the 130,000 caribou of the migratory Porcupine herd (above), an essential economic and cultural resource for Alaska’s Gwich’in people. The region also provides vital habitat for 44 other mammal species—including polar bears, Dall sheep, seals, wolverines and musk oxen—36 fish species and hundreds of thousands of migratory birds.

Some 8 million acres within the refuge had already been designated as wilderness, but 1.5 million acres had been made available for oil and gas leases and the remaining 10 million were at risk for such development. Wilderness status would prevent any energy development, which could potentially put wildlife at risk. 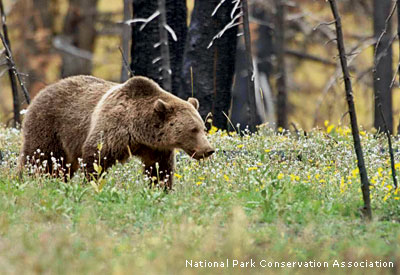 Nearly 70,000 acres that had been used for grazing on a national refuge and within the Greater Yellowstone Ecosystem have been returned to wildlife, thanks to more than three years of effort by NWF’s Adopt a Wildlife Acre program. The initiative reduces long-standing conflicts between livestock and wildlife by compensating ranchers for voluntarily retiring their grazing leases on public land.

On the Charles M. Russell National Wildlife Refuge in Montana, 11,000 acres once grazed by livestock will now be used by wildlife. The retirement of 22,000 acres in Wyoming’s Bridger-Teton National Forest will reduce conflicts between livestock and grizzly bears (left) that have often resulted in the bears being killed. Another 36,000 acres in Idaho’s Caribou-Targhee National Forest will no longer be grazed by domestic sheep, which could have spread pneumonia to the forest’s wild bighorns. “This allotment was a ticking time bomb,” says Kit Fischer, NWF’s wildlife conflict resolution manager.

NWF is targeting at least 10 other grazing allotments in Idaho, Montana, Utah and Wyoming that are key habitat for bighorn sheep and large predators such as bears and wolves. “As we’ve retired significant acreages next to Yellowstone, it is becoming more and more important to connect that habitat with other public lands where livestock aren’t going to cause conflicts with wildlife,” says Fischer.

Go to www.nwf-wcr.org for more information.
“On the Ground” Restores Habitat
Pioneering program enables volunteers to work on public lands 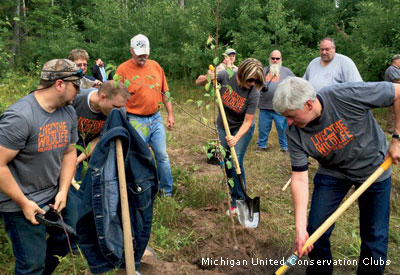 Michigan United Conservation Clubs (MUCC)—an NWF affiliate—has launched On the Ground, an innovative partnership with Michigan’s Department of Natural Resources (DNR) that has paved the way for citizens to help restore habitat on public land in the state. “The DNR didn’t have enough people to do the work or the money to hire more employees,” says MUCC’s field organizer Drew YoungeDyke, “and hunters, anglers and trappers expressed a desire to help enhance on-the-ground wildlife habitat on public lands.”

During the past two years, more than 550 volunteers have worked with wildlife managers on more than 30 On the Ground projects statewide, from building wood-duck boxes and brush habitat for rabbits to removing invasive and diseased trees and planting natives. Michigan’s Governor Rick Snyder (above, digging, at far right) even joined On the Ground to help with the planting of crabapple trees in Gwinn State Forest. To learn more, go to www.mucc.org.