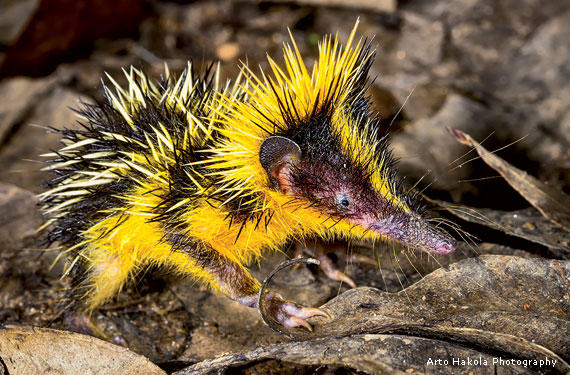 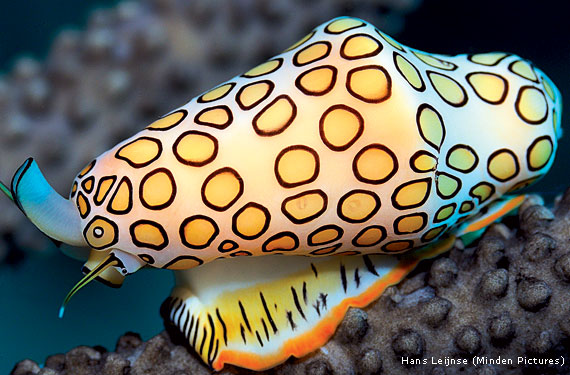 A flamingo tongue snail off the Caribbean island of Saba.
August/September 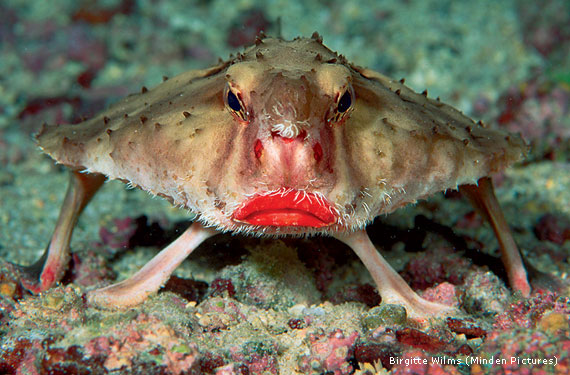 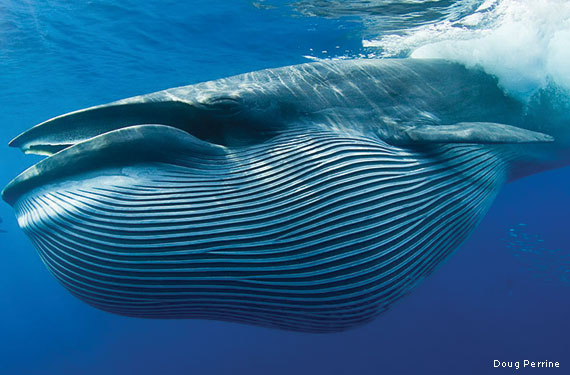 These expandable pleats of blubber and skin on the underjaw of a Bryde’s whale are called throat grooves. 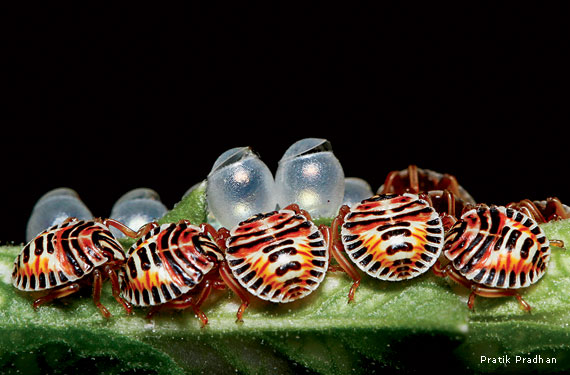 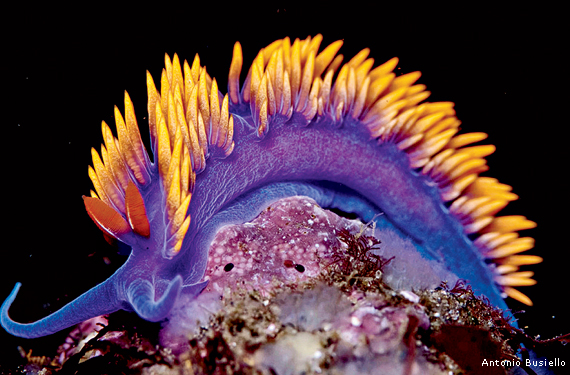 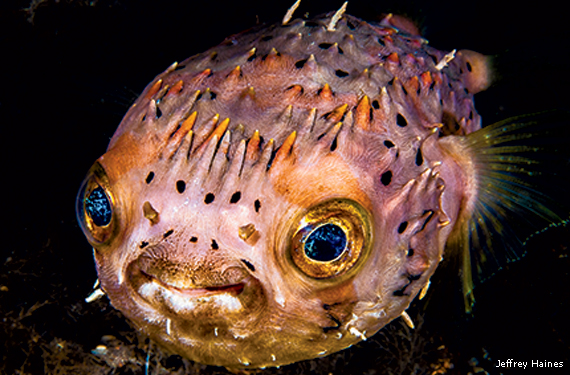