From keeping dirty coal in the ground to preventing a potential environmental disaster, NWF and its affiliates make a difference 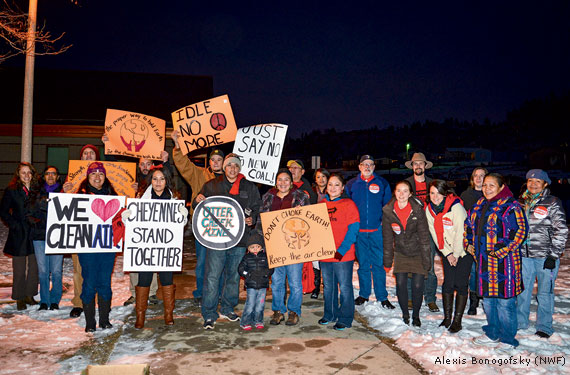 Northern Cheyenne Tribe members rally to oppose the Otter Creek Mine in Montana, which, if built, could have polluted the water on their adjacent reservation.

Keeping Dirty Coal in the Ground

The end of a decade-long battle against the expansion of coal mining in areas of the Northwest may finally be in sight. The National Wildlife Federation has been working with Native American tribes, NWF affiliates (the Montana Wildlife Federation and Association of Northwest Steelheaders) and other partners to gather some 200,000 comments in opposition to proposed coal mines, railroads and ports stretching from Montana to Washington.

In January, Arch Coal Inc. filed for bankruptcy, and three of its planned projects were soon halted. This March, it suspended its efforts to secure a permit to mine coal in the pristine Otter Creek Valley in southeastern Montana, home to prized wildlife such as mule deer and elk and adjacent to the Northern Cheyenne Reservation. Soon thereafter, the U.S. Surface and Transportation Board denied the company’s application to build the Tongue River Railroad, which would have transported Otter Creek Mine coal and its polluting dust across the Northwest to Pacific Coast ports. Then in May, the U.S. Army Corps of Engineers denied a permit for a coal port on the Lummi Nation’s territory in northwest Washington because of its potential impacts to the tribe’s cultural sites and fishing treaty rights.

Only one of six proposed coal port terminals lingers, in Longview, Washington. “Thanks to NWF members and partners, these dirty dominoes are falling,” says NWF Tribal Program Director Garrit Voggesser. “This could be the death knell of the remaining coal port terminal.” 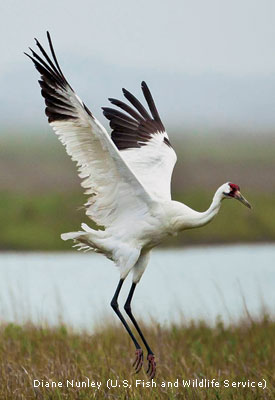 Many Water Utilities Not Making the Grade


At its peak, the 2010–2015 Texas drought depleted the state of more than 84 million acre-feet of groundwater, which feeds drinking water reservoirs as well as rivers and estuaries that support wildlife, including endangered whooping cranes (left).

In May, to encourage wise water use, the Texas Living Waters Project—a partnership of the National Wildlife Federation, Galveston Bay Foundation and Sierra Club–Lone Star Chapter—launched an online Texas Water Conservation Scorecard, rating the conservation efforts of more than 300 utilities. Among its findings: More than half lose at least 11 percent of their water from leaky pipes and other causes. Says Project Director Tom Spencer, “Residents want to make sure the big users are being as conscientious as they are.” 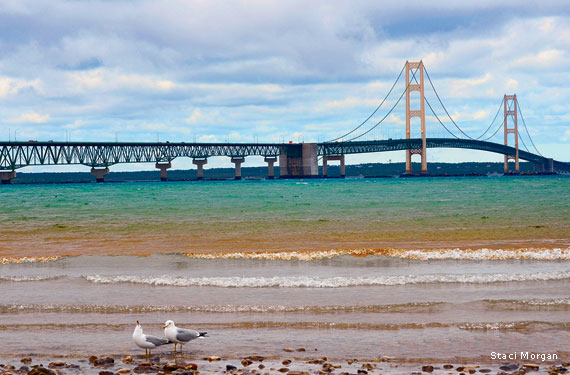 The National Wildlife Federation sued the U.S. Pipeline and Hazardous Materials Safety Administration (PHMSA) in May for failing to assess the impacts of a potential oil spill from a pipeline running through the Great Lakes region. NWF asserts that the agency illegally authorized the transport of oil through the pipeline (Enbridge Inc.’s Line 5), which stretches 645 miles from Wisconsin to Ontario, passing through Michigan’s Upper and Lower peninsulas. NWF also says PHMSA was not authorized to approve emergency response plans for the offshore portions of the pipeline.


“The Great Lakes are the most important freshwater source in the United States,” says Mike Shriberg, NWF’s executive director for the region. “The federal government needs to do its job in protecting them.”


Each day, up to 23 million gallons of crude oil flow through this 63-year-old pipeline. A 2016 University of Michigan study, which NWF commissioned, ran 840 scenarios of Line 5 rupturing under the Straits of Mackinac (above), which lies between lakes Michigan and Huron, and concluded that more than 700 miles of the Great Lakes shoreline are at risk. In 2013, NWF also commissioned divers to inspect this section of the pipeline and found it had broken supports and portions covered in debris. 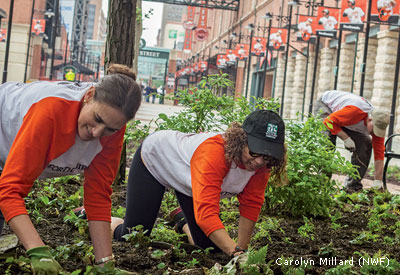 In May, more than 80 volunteers installed about 12,000 native plants in a 10,000-square-foot community garden outside Oriole Park at Camden Yards, the home of the Baltimore Orioles baseball team. The National Wildlife Federation, the Orioles and the Maryland Stadium Authority partnered on the project. The garden is part of the Grow Together initiative by NWF and its affiliate the National Aquarium to certify Baltimore as the largest Community Wildlife Habitat™ in the Chesapeake Bay region.

One of the largest NWF Certified Wildlife Habitat® sites, the garden has orange flowers to entice pollinators and birds, including the baseball team’s namesake. NWF President Collin O’Mara, who threw out the first pitch at one of the team’s games to celebrate, says, “This garden signifies the Orioles’ commitment to their community and a cleaner, greener city—a model that can be replicated across the city and country.” 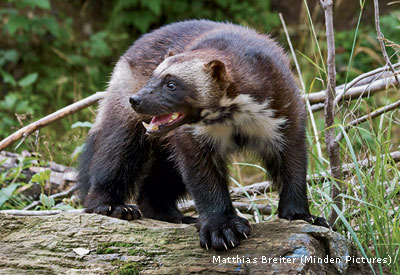 Conservation Northwest (CNW), a new NWF affiliate as of April, has helped conserve millions of acres of wild land in Washington state and British Columbia since 1989, connecting vital habitat for caribou, Canada lynx and other wildlife. “Our job is to protect landscape so that it has the ability to sustain its wildlife indefinitely,” says CNW Executive Director Mitch Friedman.

The group led an effort to buy 45,000 acres to connect habitat in the Cascades and enabled some 100 fishers to be reintroduced to Washington. “Solving a landscape-level problem to see an iconic species return is very gratifying,” says Friedman.

In addition, CNW is using remote cameras to document fishers, wolverines (above), wolves and other species, an effort that helps inform management decisions. To provide safe passage for wildlife, CNW has also advocated for the construction of crossings over or under Interstate 90. 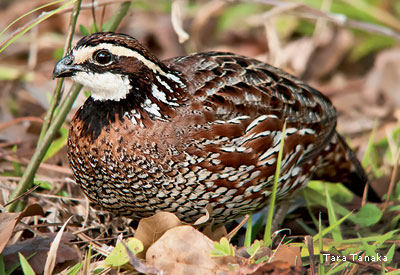 The Conservation Coalition of Oklahoma (CCO)—an alliance of six organizations, including the National Wildlife Federation—became a new NWF affiliate in April. Founded in 2012, CCO serves as “a table where different state conservation organizations can gather to share information so we can help them speak with a more unified voice,” says CCO Board Chair Ron Suttles.

For example, the coalition is building opposition to Question 777 on the November state ballot, which Suttles says “places agriculture and ranching activity above the legislature’s ability to regulate it.” This could put Oklahoma’s land, water and wildlife (such as the northern bobwhite quail, above) at risk from agricultural pollution.

CCO also strives to connect youth with nature. As CCO Board Member Patrick Bell says, “If we show our children and grandchildren how good it is to plug into nature, we can impart that knowledge to the next generations.”

What happens when a lyrical biologist and elementary school teachers join other musicians who share a love of the environment and Ranger Rick? You get a treasure trove of fact-packed yet fun songs about the wonders of nature. On May 20, Endangered Species Day, musical group The Whizpops released Ranger Rick’s Trail Mix, a CD featuring songs about bison, black-footed ferrets and other species at risk. Ranger Rick even toured a bit with the band, making an appearance at The Whizpops’ concert at Seattle’s Woodland Park Zoo in May.

The National Wildlife Federation understands the importance of reaching out to inspire the next generation of conservationists, and that is what we have been striving toward through our music,” says Whizpops leader Casey Schaefer. “When children discover the power and beauty of nature, they learn to care for it.”

Check out the Ranger Rick’s Trail Mix CD (above) and Whizpops’ tour dates at www.thewhizpops.com. You can also purchase the CD from NWF.