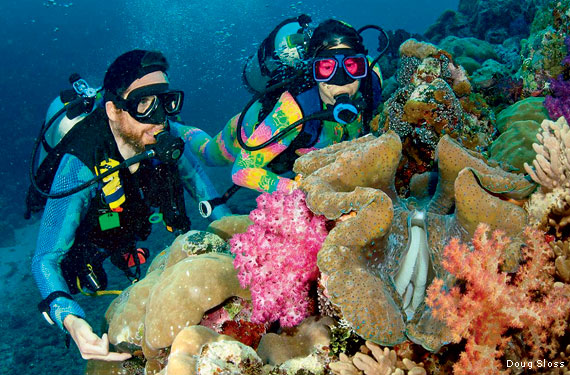 WHEN OUR STAFF began brainstorming ideas for this 80th-anniversary issue, we thought it would be meaningful to include profiles that reflect the faces, voices and vision of some National Wildlife Federation supporters. So welcome to this first of a new, occasional series of vignettes about people making a difference.

He grew up in Ontario, Canada, hunting, fishing and camping as a kid. She spent summers in northern Michigan, feeding songbirds, playing on a lake and gazing at the stars. Both developed a lifelong love of nature born of childhoods spent outdoors. And when they themselves fell in love, that immersion in nature only grew.

Now retired, Murray and Jeanie Kilgour (above) live in Kona, Hawai‘i, with their dog—a Samoyed named Sam—and a commitment to support NWF’s conservation-education work. “The only way to have a conservation movement is to get children involved, which means education,” says Jeanie. Murray agrees: “A passion for protecting nature and wildlife only comes from interaction with it.”

The Kilgours find that connection by exploring coral reefs around the world. A fish-eye view unbound by gravity lets them “be one with the environment,” says Murray, who now teaches kids how to dive. And if wildlife went away, what would we lose? Jeanie doesn’t miss a beat: “Our souls.” 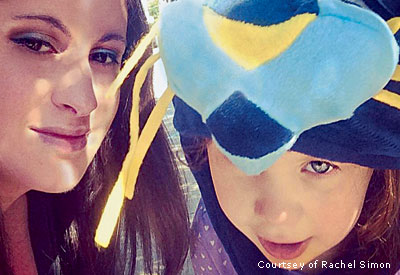 Raised in Indiana and California by a mom who was a noted environmental activist, Rachel Simon (far right) has always been “passionate about conservation.” Now a mother herself, she sees the value of passing on that ethic. “It’s all about engaging the next generation,” she says.

Setting an example for her daughter, Simon supports NWF’s wildlife and habitat work, including efforts to construct wildlife crossings for mountain lions in California.

Why does it matter? Simon finds the question odd. “I feel a lot of guilt as a human about what we’ve done to so many different animals and their ecosystems,” she says. “There needs to be more work to counterbalance the negative effects of everything we do as humans. We’re all living things, sharing this world.” Thanks to such sentiments—backed by action—wildlife may continue to thrive.