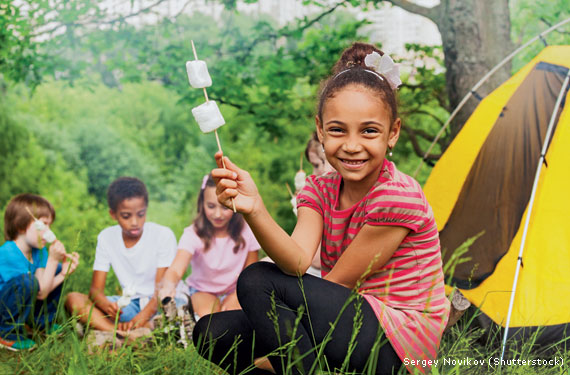 In a study of 600 families in Great Britain, educators at Plymouth University found that more than four out of five parents surveyed think camping has a positive effect on their kids. Based on interviews, the researchers concluded that children who camp outdoors at least once a year tend to “do better at school and are generally healthier.” The study found that 98 percent of the parents said camping makes their kids appreciate and connect with nature, 95 percent said their kids were happier when camping, and 93 percent felt that it promoted family bonding. “The parents in our study also believe that camping supports key school subjects like geography, history and science,” says Plymouth Institute of Education professor Sue Waite. 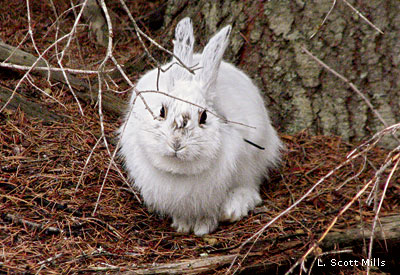 Two years ago, biologists at North Carolina State University (NCSU) predicted that as climate change decreases snow-cover duration, it’s bad news for animals such as snowshoe hares that change color from white in winter to brown in summer as a form of camouflage. Without snow, white hares stand out like light bulbs (right), potentially making them easy targets for predators.

Now, after conducting new studies of radio-collared hares in Montana, the researchers report that this coat-color mismatch does indeed increase predation. The team found that when snow comes late or leaves early, hares suffer a 7 percent decline in their weekly survival rate due to increased predation. “This is one of the most direct demonstrations of mortality costs that we’ve seen for a wild species facing climate change,” says NCSU biologist L. Scott Mills, the study’s co-author. Reporting in Ecology Letters, the biologists speculate that such animals over time may be able to adjust the timing of their color molt, a kind of “evolutionary rescue."

According to scientists at the University of Copenhagen, the common cuckoo (below) navigates from nesting areas to wintering grounds using a complex decision-making process never before documented in avian migrants. In their study, the researchers outfitted several adult cuckoos with satellite-tracking devices and relocated them more than 600 miles away from their usual takeoff points in northern Europe just prior to migration. Flying solo and following different flight paths that varied from bird to bird, the cuckoos all found their way back to their normal routes and, ultimately, to their final destinations in central Africa. This individual and flexible choice in navigation, the scientists explain in Scientific Reports, indicates the cuckoos’ ability to assess the advantages and disadvantages of taking different routes, probably based on such factors as age and experience. 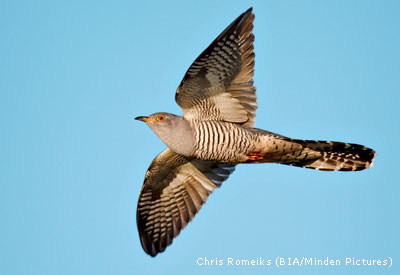 “They evaluate their own conditions and adjust their reactions to it, displaying a complicated behavior that we were able to document for the first time in migratory birds,” says researcher Mikkel Willemoes. “This tells us that bird migration in general is far more complex than previously assumed.”

A landmark United Nations–sponsored investigation provides the first-ever global assessment of the status and threats to the 20,000 wild bee species and thousands of other insects, birds and mammals that provide essential pollination services for 75 percent of the planet’s food crops. Released in February, the assessment was developed by more than 70 experts from different countries who reviewed thousands of scientific documents during two years. They found that 40 percent of all invertebrate pollinators, such as bees (bumble bee, right) and butterflies, are on a path toward extinction. Pollinators with backbones, such as hummingbirds and bats, fared only somewhat better, with nearly 17 percent of the species facing extinction. 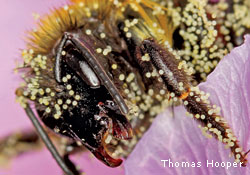 “Without pollinators, we would no longer be able to enjoy coffee, chocolate, apples or many other foods that are part of our daily lives,” says British biodiversity expert Simon Potts, co-chair of the assessment. The researchers cite several causes of the declines, including pesticides, disease, climate change and habitat loss. They also offer solutions, such as creating a greater diversity of pollinator habitats in agricultural and urban landscapes to help reduce risks to the creatures. 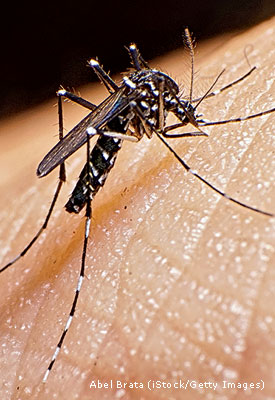 The tropical mosquito species that transmits the Zika virus appears to be adapting to colder temperatures and spreading beyond its normal range. Writing in the American Journal of Tropical Medicine and Hygiene, scientists at the University of Notre Dame report that they identified a population of Aedes aegypti (left) wintering below ground on Capitol Hill in Washington, D.C.

While this population currently is not carrying the virus, the discovery is “quite troublesome,” says Notre Dame medical entomologist David Severson, who notes that this is the farthest north the species has been found overwintering. “It’s unprecedented for this mosquito to be breeding in this climate, and all signs indicate that it will be able to expand its range in this country.” So there’s potential, Severson says, for transmission of mosquito-borne tropical diseases in popular places such as the National Mall.