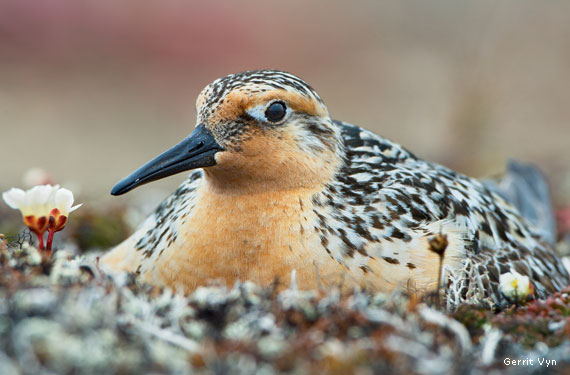 A long-term study of that nest in northern Russia (above) and winter in West Africa makes a compelling case for climate change causing what Dutch ecologists call a serious “ecological mismatch.”

Writing in Science, the researchers note that snow in the birds’ Arctic breeding grounds is melting two weeks earlier than it did three decades ago. This is causing insects to emerge and dissipate earlier, before hatching red knots can feast on them. “Climate change keeps the birds from getting enough of the right food at the right time, leading to malnutrition during the juvenile life stage,” says lead author Jan van Gils of NIOZ Royal Netherlands Institute for Sea Research. Smaller juveniles result, and these birds later have trouble feeding on their wintering grounds. The researchers report that the survival rate among the shrunken red knots is half that of larger juvenile red knots elsewhere, a serious concern. 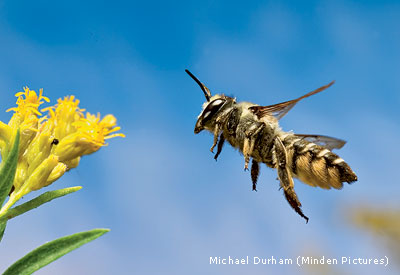 Goldenrod pollen provides native bees (like the leafcutter at right) and honey bees with some of their last sources of protein before winter. Protein helps bees maintain immunity to pathogens and parasites and is essential for wintertime larval development. But in the first investigation to examine how a greenhouse gas can influence bees’ diets, a group of U.S. scientists finds that rising levels of carbon dioxide are associated with a decline in goldenrod protein. The scientists report in the Proceedings of the Royal Society B: Biological Sciences that the plants’ protein levels have declined by a third during the past century. “A poor diet sets bees up for failure,” says plant physiologist Lewis Ziska. The study suggests that lower-quality pollen could be contributing to global bee declines. 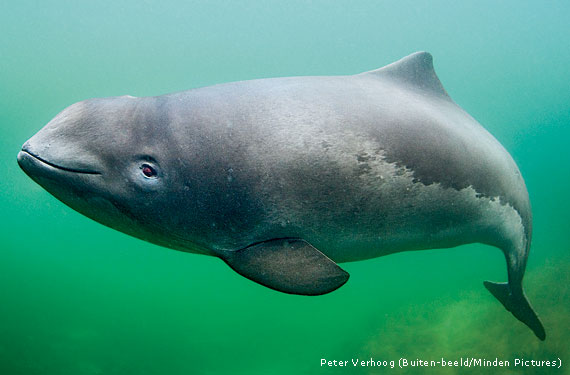 Among the smallest cetaceans, harbor porpoises must eat a lot of food to maintain high energy levels to survive in cold, northern waters where many live. In one of the first studies to measure simultaneously how a marine mammal hunts and how often it is successful, a team of European scientists attached monitoring devices to a group of wild porpoises in the Danish straits. The resulting data show that the creatures feed almost continuously around the clock, each catching hundreds of tiny fish per hour and as many as 3,000 fish per day.

“We were surprised by the efficiency with which these small predators feed,” says biologist Danuta Wisniewska of Aarhus University in Denmark. A success rate of more than 90 percent, she reports, means that the harbor porpoise is one of the “most successful known hunters.”

Writing in Current Biology, the team observes that the harbor porpoises’ prey does not have commercial value. However, they warn that even a moderate level of disturbance in the busy, shallow waters the animals share with humans could put the cetaceans in jeopardy. 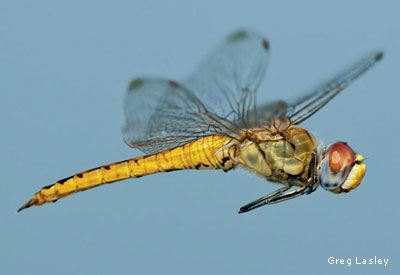 The globe skimmer, a dragonfly barely an inch and a half long, appears to be the insect kingdom’s most prolific long-distance traveler. According to research by biologists at Rutgers University–Newark, the species has evolved adaptations such as increased wing surface area that allow it to use the wind to migrate thousands of miles each year, following wet-weather seasons on various continents in order to reproduce. In the process, the species has created a common worldwide gene pool. The scientists found populations of the dragonfly with the same genetic profiles in locations as far apart as Japan, India and South America. “This is the first time anyone has looked at genes to see how far these insects have traveled,” study author Jessica Ware reports in PLOS ONE.