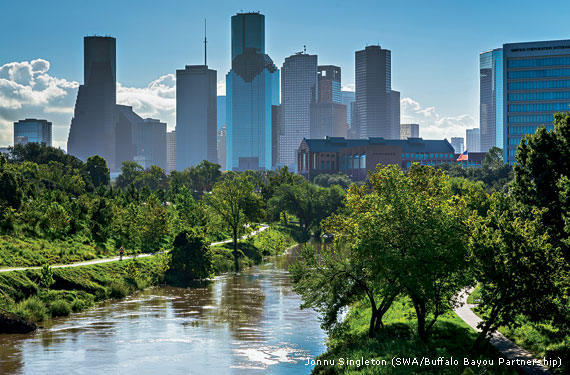 In February, the National Wildlife Federation named Houston its 100th certified Community Wildlife Habitat™. With more than 2 million residents and 900 NWF Certified Wildlife Habitat® sites—including 73 schools and the National Aeronautics and Space Administration Johnson Space Center—Houston is now NWF’s largest certified community. Houston Parks and Recreation Department Natural Resources Manager Jed Aplaca helped lead the effort but credits much of the achievement to the citizens who helped put 2,500 native plants in city parks and made their own yards wildlife friendly. “There has been an uprising.”

As certification requirements are adjusted for population, interested communities need not be large. This May, NWF affiliate New Jersey Audubon will celebrate Cape Island’s certification. Many of the island’s 5,450 residents and business owners joined together to certify this critical stopover for migratory birds, bats and butterflies. Aldea in Santa Fe, New Mexico, achieved certification last fall with just three parks and 35 yards. This small planned community now has hundreds of native plants as well as 70 juniper titmouse nesting boxes. 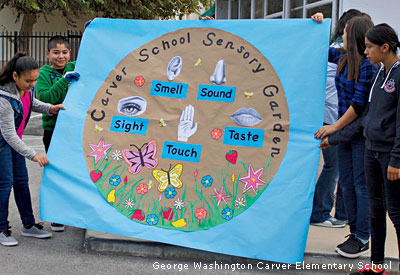 The Eco-Green Program, a new educational partnership between NWF and General Motors (GM), is enabling more U.S. schools to become EcoSchools. Working with local GM dealers, facilities or suppliers and $700 grants, more than 4,000 students have made their schools more energy efficient, reduced waste and created wildlife habitat while getting kids outside. For example, students at the George Washington Carver Elementary School in Yuma, Arizona, worked with their disabled classmates to plant a sensory garden that they all can enjoy. NWF affiliate Arizona Wildlife Federation helped choose native plants that appeal to each of the five senses (left), from gourds that rattle to aromatic desert lavender, and GM engineers designed platforms to raise the plants to wheelchair height. “We have learned as much from our students as the students have learned from this project,” says Principal Deb Drysdale.

Learning to Live with Mountain Lions 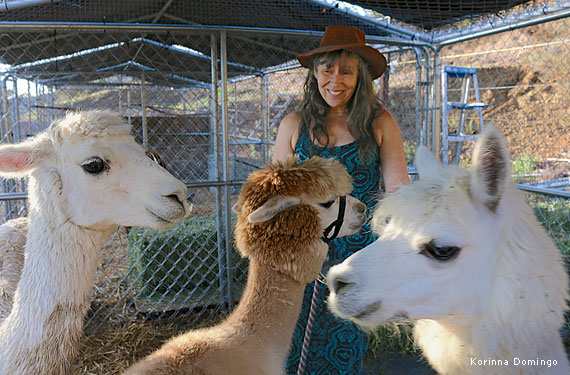 Last November, a male mountain lion was suspected of killing 10 alpacas on the ranch of Victoria Vaughn-Perling (above) near Malibu, California. To protect her remaining alpacas, Vaughn-Perling obtained a 10-day depredation permit that would have allowed the lion to be killed. But by working with the National Park Service (NPS) and Los Angeles County Supervisor Sheila Kuehl, NWF and the Mountain Lion Foundation (MLF) offered another option: four mountain-lion-proof enclosures the foundation designed, NWF funded and volunteers erected on Vaughn-Perling’s land. “Because people spent their time and money to help,” she says, “now I would never kill a mountain lion on my property.”

The genes of this male mountain lion, number P-45 in an NPS study, could be vital to a lion population scientists are tracking in the greater Santa Monica Mountains area. These cats need to disperse to find mates, but vehicles on the highways that encircle them have killed many and the population is threatened by inbreeding.

MLF continues to teach how to build protective enclosures, and NWF is raising funds for a crossing to provide wildlife safe passage to and from these mountains. “We’re showing others how to coexist with predators and that there are alternatives to killing them,” says NWF California Director Beth Pratt-Bergstrom. 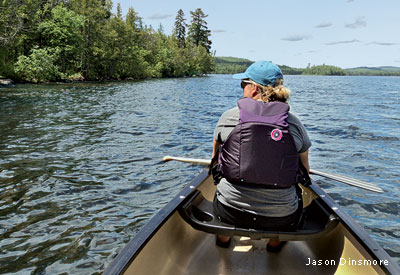 In December, federal agencies denied the renewal of two expired mineral leases held by Twin Metals Minnesota, halting a sulfide-ore copper mine the company proposed to build next to the state’s Boundary Waters Canoe Area Wilderness (BWCAW). The U.S. Forest Service declared the pollution risk of such a mine “unacceptable.” More than a million acres, the BWCAW attracts about 150,000 canoers, hunters, anglers and other outdoor enthusiasts each year, contributing hundreds of millions of dollars to the state’s economy. This past summer, the coalitions Save the Boundary Waters and Sportsmen for the Boundary Waters (which includes NWF and its affiliate the Minnesota Conservation Federation) helped gather more than 74,000 comments opposing the mine.

Now the Bureau of Land Management and the Forest Service are conducting an environmental analysis of potentially banning all mining in the BWCAW watershed for the next 20 years. “Once mining pollution gets into the Boundary Waters, nothing can be done,” says Rebecca Rom, national chair of Save the Boundary Waters. A 90-day public comment period will end April 19. 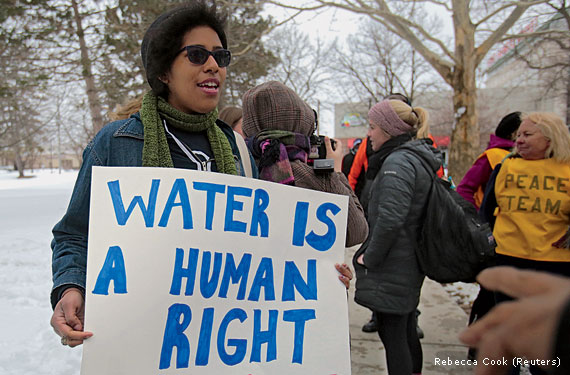 Nearly three years after the discovery of unsafe lead levels in the drinking water of Flint, Michigan, its residents still can’t get safe water from their own taps. In April 2014, city management switched its water source from Lake Huron to the Flint River. Months later, studies revealed lead and other pollutants had contaminated the city’s water supply and corroded its water service lines. Although the city returned to Lake Huron water in 2015, water remained undrinkable and protests continued (including one held on March 6, 2016, outside the Democratic presidential debate, above). The U.S. Environmental Protection Agency reported in January that lead levels have declined, but tens of thousands of water pipes need to be replaced and residents still must drink bottled or filtered water.

In December, the U.S. Congress passed and President Obama signed the Water Infrastructure Improvements for the Nation Act (WIIN), which provides $100 million to replace Flint’s pipes. NWF, Flint Mayor Karen Weaver and other partners brought together community leaders in Michigan and Washington, D.C., to encourage legislators to pass the bipartisan bill.

WIIN will also advance several projects that will improve wildlife habitat. These include restoring more than 10,000 acres of Florida Everglades’ wetlands, returning the Los Angeles River—which has been channelized—to a more natural state and enabling four dams in Kentucky to be removed, which will improve water flow for fish and endangered mussels, a long-time goal of NWF affiliate Kentucky Waterways Alliance. The bill also authorizes key regional restoration programs for the Delaware River Basin, Great Lakes and Lake Tahoe.

However, in Flint, more funds are needed to replace all the corroded pipes, says Simone Lightfoot, director of NWF urban initiatives. “Every man, woman and child deserves clean, affordable drinking water, and our work is not done until we’ve made that a reality for the residents of Flint.”

The National Wildlife Federation will host its 81st Annual Meeting from June 8 to 10 at the Skamania Lodge in Stevenson, Washington. NWF members are invited to join our affiliates and partners to discuss critical wildlife issues and how to advance species and habitat conservation. NWF will also honor outstanding conservation leaders, including the Affiliate of the Year. Registration closes May 12.