President’s View: United in the Fight for Conservation 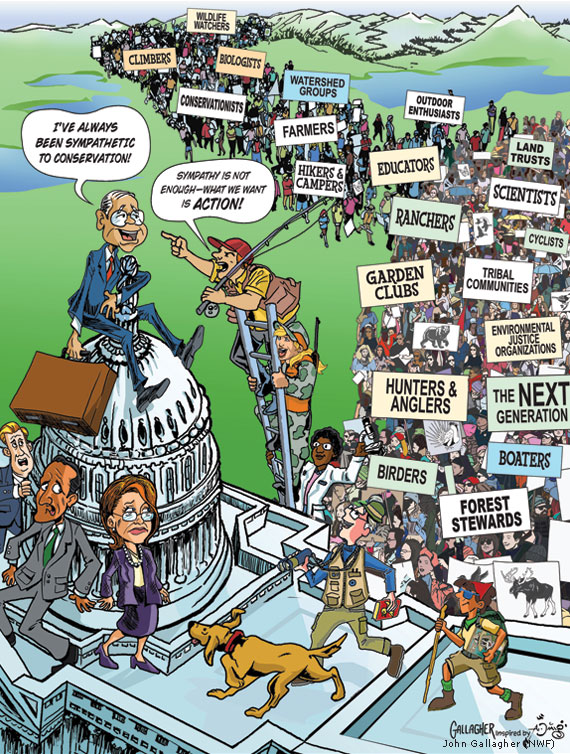 IN 1936, renowned conservationist J.N. “Ding” Darling created a cartoon showing how diverse groups must unite to demand that Congress take action to save dwindling wildlife and their habitats. This collective effort saved some of America’s most iconic species.

At the National Wildlife Federation’s 81st annual meeting this June, we unveiled our own, updated version of the classic cartoon. It shows how we must build a conservation army that unites all Americans—regardless of interest, age, race, gender or ethnicity—to overcome today’s wildlife crisis (above).

Our Federation took a giant step toward that goal when representatives from all 51 state and territorial affiliates committed to join forces to increase wildlife populations and connect Americans with nature. For the sake of future generations, I ask you to join us in this quest.

To see the original 1936 “Ding” Darling cartoon, go to www.nwf.org/DDC.